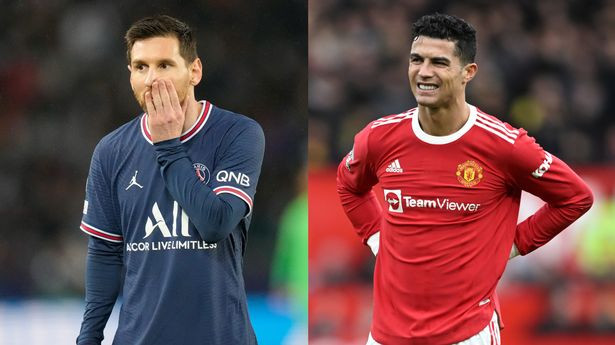 Messi is an emotionless alien, I prefer Ronaldo

Former footballer, Paulo Di Canio has described Lionel Messi as an ’emotionless alien’ while placing Cristiano Ronaldo ahead of him.

The West Ham legend, 53, was impressed by Ronaldo scoring a hat-trick against Tottenham in reaction to Ralf Rangnick leaving him out of the team for the Manchester derby.

While Messi was booed by his own fans for the first time in his career against Bordeaux on Sunday but did not react – leaving Di Canio puzzled.

He said on Sky Italia: “Messi left the pitch scratching his head, he has no emotions.

“I prefer Cristiano Ronaldo. ‘Do you want me to sit on the bench against Man City?’

“I go back to Portugal, then I return and score a hat-trick. I prefer the human who has a soul to the alien without emotions.”

“Of course, he can be booed. There were thousands of fans waiting for him. They were dreaming, but his behaviour was not the right one.”

Many supporters expected the Argentine to help deliver the Champions League trophy to Paris but PSG had the familiar feeling of an early European exit – crashing out to Real Madrid in the last 16 last week.

Drama as Anglican Priest impregnates lady who came for healing