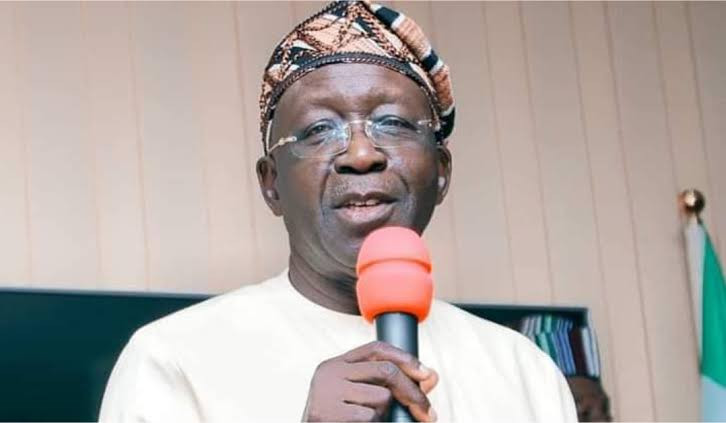 PDP is back to winning ways, we hope APC continues to disintegrate because it is a contraction and not a political party

National Chairman of the Peoples Democratic Party, Iyorchia Ayu has said that the opposition party is back to winning ways.

Ayu who spoke at a national caucus meeting of the party held in Abuja on Monday night, said he has tackled the challenges in the PDP since becoming the national chairman of the opposition party.

The PDP Chairman who expressed hope of the political party winning most seats in the national assembly and also producing the next president in 2023, revealed that one of his missions has been to revive all the statutory organs of the party.

Ayu also said the Independent and National Electoral Commission (INEC) delay in acting on the court judgment which sacked Dave Umahi as Governor of Ebonyi state, is “totally unacceptable”.

“The interesting thing is the unity that is developing in our party, the very strong harmony that we are trying to build in the party.

“One of our mission is to ensure that we revive all the statutory organs of the party. This is to bring party leaders together to have a close working relationship and try and resolve whatever problems we have in the house.

“I am happy to say we start with the national caucus meeting, which will be followed by the BoT meeting and then the NEC meeting. Very serious issues will be discussed in the interest of our party.

“We did very well in the recent elections. In other ways, the party is back to winning ways.

“In Ebonyi, the court made a pronouncement and that very day we fielded a governor and a deputy governor. We are calling on the Independent National Electoral Commission (INEC) to issue them certificates of return so that they will be sworn in. INEC’s delay is totally unacceptable.”

Revealing that he hopes the All Progressives Congress continues to crumble, Ayu further revealed that they believe sincerely that Nigerians are waiting for PDP to correct the damages APC has done to the country.

“As the electoral act was signed and INEC came up with their own timetable, NWC has been working round the clock because there are timelines that we must make sure that we keep.

“I believe the other party doesn’t exist because there are two to three chairmen, we don’t even know who among them will sign any document that they will submit to INEC.

“But in our case, we are very much on course and this meeting is for us to look at our own timetable and guidelines. We are determined that we will keep strictly to the guideline despite the short time that is available to us.

“We hope that the other party will continue to disintegrate. We have always told Nigerians that APC is a contraction and not a political party. We believe sincerely that Nigerians are waiting for PDP to give us victory so that we will correct the damages APC has done to this country.”