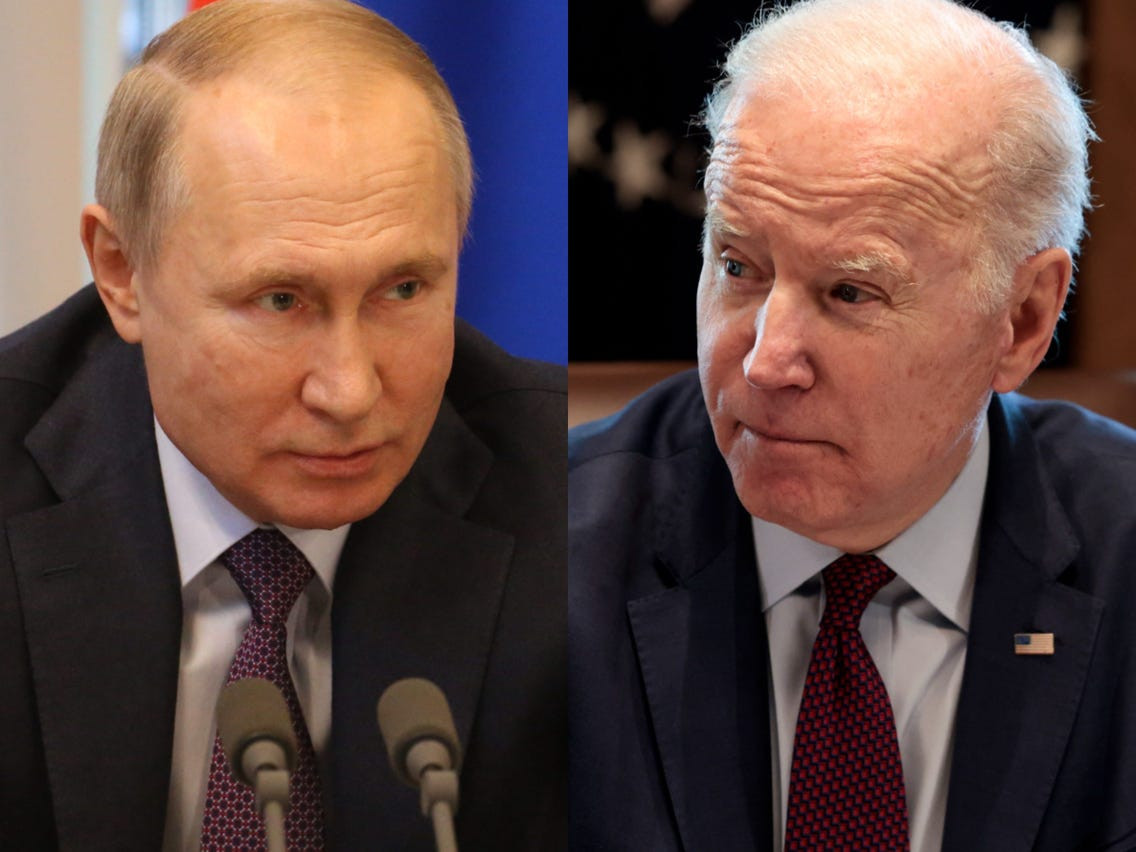 Daleep Singh, an economist on the National Security Council who is seen as the architect of sanctions on Russia, also makes the list.

Former Secretary of State Hillary Clinton, who was also named on the list saw the funny side.

‘I want to thank the Russian Academy for this Lifetime Achievement Award,’ she said in a tweet.

In a statement, the Russian Ministry of Foreign Affairs said it was acting ‘in response to a series of unprecedented sanctions’ and was imposing its own measures ‘on the basis of reciprocity.’

The sanctions come after weeks of increasing pressure on Moscow, as the U.S. and allies try to isolate Russia and Putin’s cronies.

Russian forces have apparently stalled in Ukraine, and have made little progress in takin the capital Kyiv.

Instead they have kept up a bombardment of Ukrainian cities and used long-range missile to attack targets in the west of the country.

The State Department added to its list of sanctions on Tuesday, barring Lukashenko and his family from entering the U.S. or doing business with Americans.

‘Today’s designations demonstrate the United States will continue to impose concrete and significant consequences for those who engage in corruption or are connected to gross violations of human rights,’ said Office of Foreign Assets Control Director Andrea Gacki.

‘We condemn Russia’s attacks on humanitarian corridors in Ukraine and call on Russia to cease its unprovoked and brutal war against Ukraine.’

The US has previously hit Belarus with sanctions because of its backing for the Russian invasion, extending export control policies to the country.

The 13 Americans sanctioned by Moscow;

Mark Milley – chairman of the joint chiefs of staff