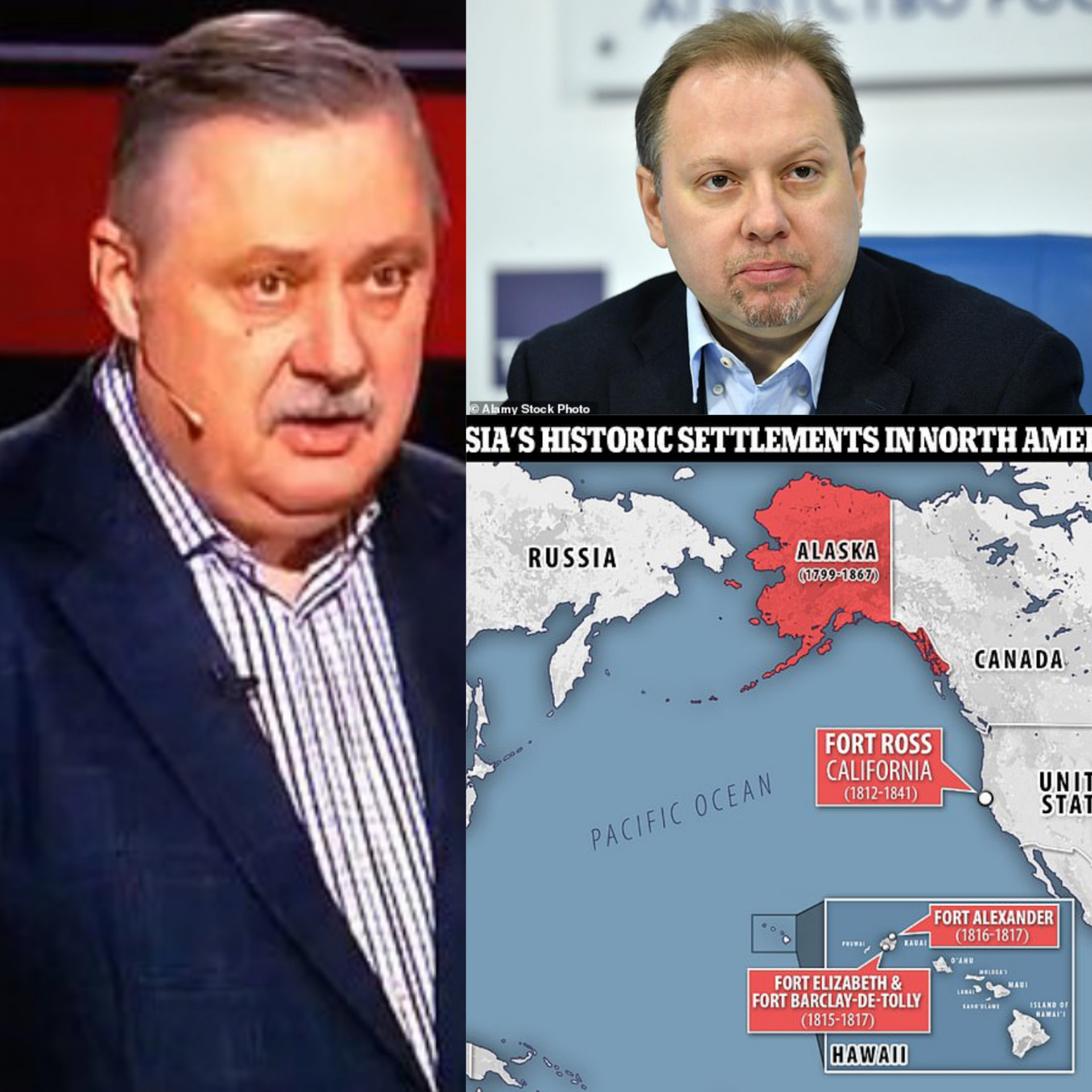 Russian State TV demands that America return Alaska and California’s Fort Ross to Russia, threatens nuclear strike on US in response to sanctions, and calls for public hangings in Ukraine

Russian TV personalities have knocked against US sanctions, threatening a Russia nuclear strike, calling for public hangings in Ukraine when Russia wins the war while also demanding the US returns Alaska and California’s Fort Ross to Russia.

Since the invasion of Ukraine, the Kremlin has been flooding the airwaves of its state-run channels with pro-war propaganda that paints a different portrait to reality and shields the Russian people from the horrors of Vladimir Putin’s bloody invasion of Ukraine.

Oleg Matveychev, a Duma member also known as Putin’s ‘spin doctor, appeared on Russian state news on Monday, March 14, outlining a series of demands for both Washington and Kyiv ‘after Ukraine’s demilitarization is completed.’

He also supported the idea of publicly hanging Ukrainians who are standing against Russia — something the Kremlin has reportedly already mulled, according to Bloomberg.

‘You’re the thieves, our talk is short with you: a bullet to the head,’ he said

‘We should be thinking about reparations from the damage that was caused by the sanctions and the war itself, because that too costs money and we should get it back,’ Matveychev said on Sunday Evening With Vladimir Solovyov.

He continued, ‘The return of all Russian properties, those of the Russian empire, the Soviet Union and current Russia, which has been seized in the United States, and so on.’

‘That was my next point. As well as the Antarctic,’ Matveychev said. ‘We discovered it, so it belongs to us.’

The first Russian colony on Alaska was founded in 1784, named Three Saints Bay. There began the Russian-American Company, a trading monopoly chartered by Czar Paul I in 1799 which drove the Empire’s expansion in North America.

The Russian-American company built Fort Ross, less than three hours outside of modern-day San Francisco, in 1812. The settlement was sold into private hands in 1841.

Matveychev appeared to dismiss the idea of using nuclear weapons to achieve victory, declaring: ‘What for? We can take them down without it.’

TV Host Solovyov, whose two Italian villas were recently seized amid the flurry of sanctions, called for executions or even nuclear strikes for ‘those who took our money.’

‘I still think that those who took our money should be told, you have 24 hours to unfreeze our funds, or else we’ll send you what you know we’ve got. Your choice. Tactical or strategic, take a pick. You took our money, you’re the thieves, our talk is short with you: a bullet to the head,’ he said.

Matveychev continued: ‘There isn’t a single country in the world that is as easily manipulated as America.’

‘Here’s what will be on the table after our victory… we’re going to raise the stakes,’ he promised.

Matveychev began his list with ‘the dissolution of NATO,’ adding that ‘the presence of NATO in some countries is getting in our way.’

Then he added the ‘extradition of all war criminals,’ including Ukrainian President Volodymyr Zelensky, former President Petro Poroshenko, and former deputy minister at the Ukrainian Ministry of Internal Affairs Anton Herashchenko.

Pundits on Russian state TV advocate implementing public hangings in Ukraine once Russia’s dominance is established. If you speak Russian, here is one example (watch). Other pundits later agreed, one of them noting that DPR/LPR constitution conveniently permits the death penalty. pic.twitter.com/zCe3PfFhVM

Lady allegedly stabs ex-boyfriend to death over N3,000 gift from a yahoo boy