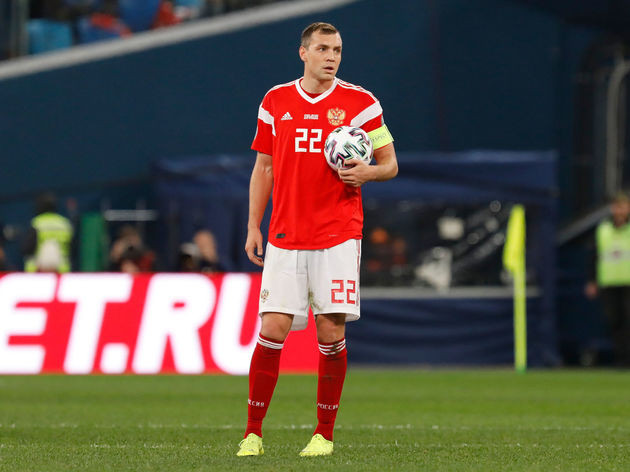 Russian football captain, Artem Dzyuba has turned down a call up to his national team squad amid the ongoing conflict with Ukraine.

Dzyuba – Russia’s most high profile player first made headlines by verbally attacking Ukraine stars Vitaliy Mykolenko and Andriy Yarmolenko for hitting out at him because he refused to condemn his country’s invasion.

Russia were kicked out of the 2022 World Cup in Qatar before their play-off clash with  Poland. They were initially forced to play without a flag or anthem and under the name Football Union of Russia, before FIFA expelled them.

With no fixtures to play, Russia boss Valeri Karpin has decided to bring his players together regardless for training – with an intra-squad friendly against their U21 side planned while their FA lodges an appeal with the Court of Arbitration for Sport (CAS).

Karpin initially said Dzyuba’s decision was because of ‘the difficult situation in Ukraine’, where he has relatives.

‘He assured me … he really wants to play for the national team,’ Karpin was quoted as saying, in an interview published on the website of the Russian Football Union.

‘But now, due to the difficult situation in Ukraine, where he has many relatives, he apologised and asked, for family reasons, not to be called up to this camp,’

But Dzyuba later claimed his decision was not due to ‘political issues’, stressing that there was a ‘misunderstanding’ between himself and the coach.

‘I didn’t not join the Russian national team because of political issues. It’s about family circumstances, but I don’t want to go into details,’ he was quoted as telling the Sport-Express news outlet.

‘It seems to me that there was a misunderstanding, (coach) Valery Georgievich (Karpin) misunderstood me, or his words were misinterpreted.’