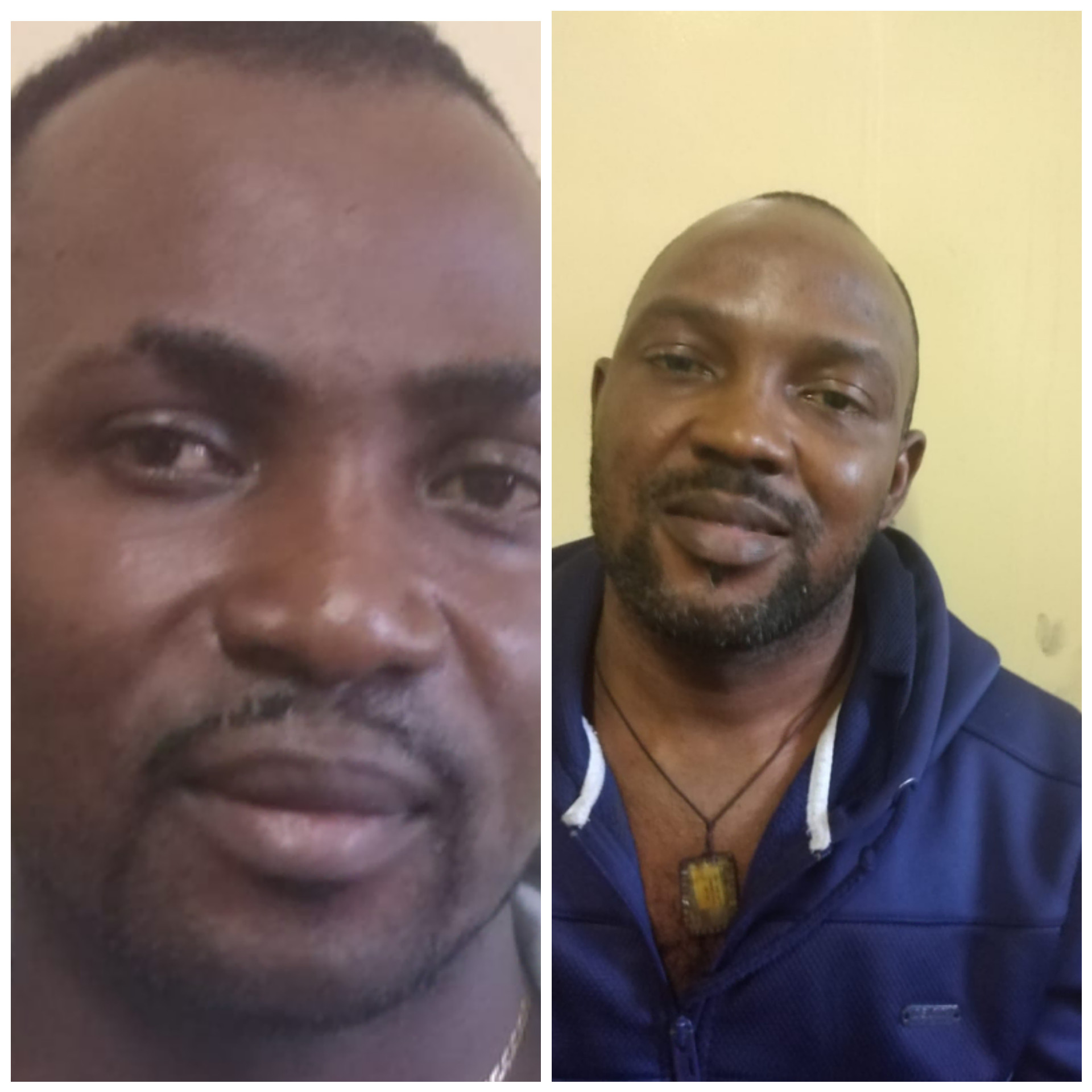 The Vereeniging Magistrate’s Court in Pretoria, South Africa, on Monday, March 14, remanded two Nigerian men in custody after they were arrested for allegedly dealing in narcotics.

The accused, Amandi Henry Ogbuonye,39, and Amobi Christian Eze, 30, were arrested after law enforcement agencies were alerted to suspected illegal drug dealings at a residential dwelling in the Vereeniging area.

A search and seize warrant was issued for the police operation, Gauteng spokesperson for the Hawks, Captain Ndivhuwo Mulamu, said in a statement.

“On Friday 11 March 2022, the investigation team kept surveillance at a positively identified premises and pounced on the accused allegedly packaging drugs in small plastic packets for distribution,” said Mulamu.

The accused fled the scene on foot, abandoning some of the suspected drugs on the premises.

A chase ensued, and authorities found both Ogbuonye and Eze hiding at their neighbour’s ceiling, in possession of more drugs.

They were immediately apprehended and charged with illegal dealing in drugs and possession of drugs,” said Mulamu.

Amongst other seized items, the investigation team confiscated a silver Chevrolet, electronic gadgets and narcotics worth approximately R700 000.

The two were remanded in custody when they appeared before the Vereeniging Magistrate’s Court, pending further investigations.

The duo will return to court on March 23.