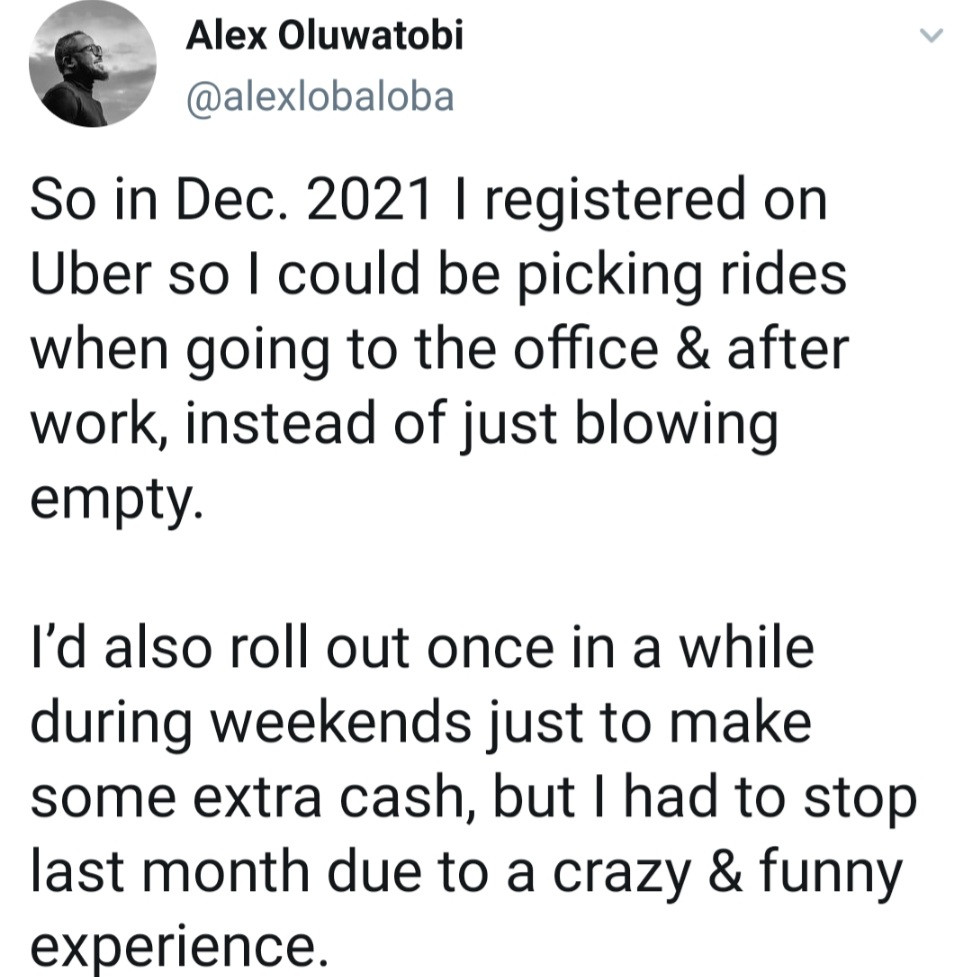 An Uber driver has narrated his encounter with an odd passenger in Lagos.

He said he once picked up a passenger who told him to stop on Third Mainland Bridge because he wanted to pee.

The driver said he was uncomfortable about this request for several reasons. He wondered if the passenger wanted to commit suicide and was also concerned about getting robbed.

When he chose not to grant the request, he said the passenger opened the window and began peeing out of it while the car was still moving.

Read his narration in the screenshots below.

Airline operators will be granted licence to import aviation fuel

The bill for my car as a result of bad fuel is 3.7m