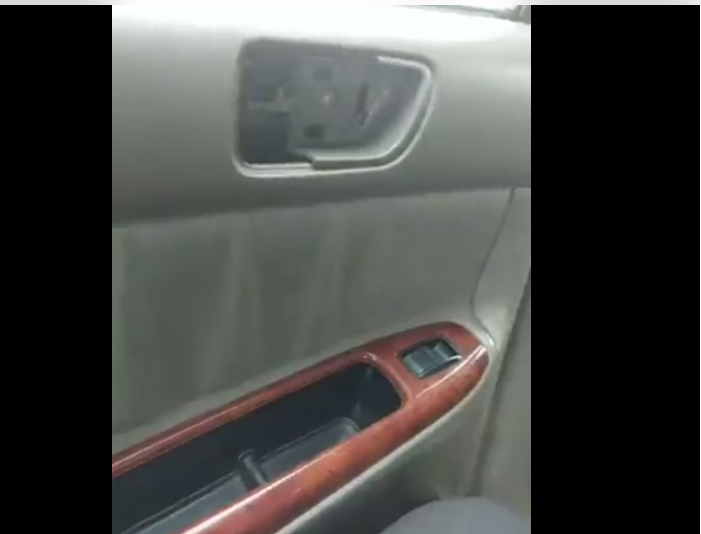 A Twitter user has shared some safety tips for those who use ride sharing apps.

@Sizzle314 in the tweet stated that those who use ride sharing apps should ensure that the car they’re entering opens from the inside.

I don’t usually do this, but perhaps I can help keep someone safe by sharing this. So here goes. Please before entering a trip that you book on ride sharing apps (uber, bolt, etc), in addition to confirming the vehicle and plate number, make sure that the car OPENS FROM INSIDE!

Booked a trip on bolt today for me and a friend. Checked the vehicle and plate number as usual and they matched, so she got in to the back seat before me. Was held up a bit so couldn’t join immediately

Apparently when I wanted to come in, she tried to open the door, and that was when she initially noticed that there was no handle. I got into the front, so she didn’t say anything. I also noticed that the front seat looked unkempt. Torn and all. But brushed it off. Country hard

That was red flag number 1. Likewise the driver too looked off. But that didn’t click in my head till later. We had already moved when I looked back and noticed that the door behind me had no inner handle. Looked to the door behind the driver where my friend was, same thing!!

Haba!! Sent her a message on whatsapp. That’s when she told me that she noticed it earlier. One handle is understandable, maybe e spoil and the guy never replace am. But BOTH OF THEM? C’mon! This was also when I pulled up the drivers profile and saw that the faces didn’t match!

I mean, look at this. You can’t tell me that this isn’t fucking deliberate!!!!!!! THIS WAS DELIBERATELY REMOVED!!!??? WTAF!!! Imagine ordering a trip at night. Most people probably don’t even bother checking for stuff like this.

Once we noticed this, my friend made a call to let people know we were on our way. The driver heard and started acting shifty AF. By now all the red flags had started clicking to form one giant red wall!!!!!We all really need to be careful out here. There’s a lot of evil and wickedness in this country!!!!Because the vehicle is obviously used for robbery and/or kidnapping!!