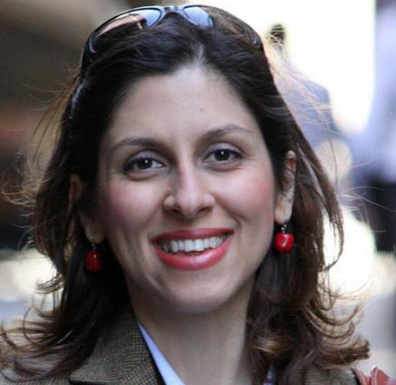 Nazanin Zaghari-Ratcliffe has finally been freed after spending 6 years in an Iranian jail, sparking a Free Nazanin Ratcliffe petition on Change.org.

Nazanin’s lawyer announced today that she has now been released from jail and is preparing to return home to the UK.

Nazanin Zaghari-Ratcliffe was arrested in Iran while taking her daughter to see her family. She was accused of plotting to overthrow the Iranian government, which she denied.

Nazanin, her husband Richard, and their daughter

Zaghari-Ratcliffe, from London, was arrested at Tehran’s Imam Khomeini airport while travelling to introduce her daughter Gabriella – then not even two years old – to her parents in April 2016.

She was sentenced to five years in prison over spurious allegations of plotting against the Tehran government and served out most of her first sentence in Tehran’s Evin prison.

She was released in March 2020 during the coronavirus pandemic and kept under house arrest.

In March 2021, she was released from house arrest but she was summoned to court again on the new charge of “propaganda against Iran”.

In April 2021, she was then sentenced to a new one-year term in jail. However, that sentence has not yet started and she was banned from leaving the country.

Foreign Secretary Liz Truss previously said there was a British team in Tehran working to release British-Iranian dual nationals in Iran, including Zaghari-Ratcliffe.

Ms Truss said the UK was working “very hard” to “secure the release of Nazanin”, and other dual-nationals.

The Cabinet minister said in Dec. 2021 it was also a “priority to pay the debt that we owe to Iran” – a reference to the £400 million outstanding in relation to a cancelled order for 1,500 Chieftain tanks dating back to the 1970s – but stressed she could not say anymore.

Labour’s Tulip Siddiq, Hampstead and Kilburn MP, told BBC Breakfast: “As you can imagine, (her husband) Richard is feeling hopeful, more hopeful than he has in six years.

“You know, this campaign has been very long. It feels like there’s a bit of light at the end of a very long tunnel.”

A glimmer of optimism for the 43-year-old came on Tuesday, March 15, when her constituency MP in Hampstead and Kilburn, Tulip Siddiq, said her British passport had been returned.

Tulip Siddiq said Mrs Zaghari-Ratcliffe had been called in for “quite intense” questioning by the Iranian Revolutionary Guards and the Ministry of Intelligence and then had her British passport returned – for the first time since April 3, 2016.

Ms Siddiq added: “She is technically on a travel ban but the fact that a passport has been given to her makes us feel very hopeful, and her husband is certainly feeling quite hopeful today.”

The news that Nazanin has finally been freed was shared today, March 16.

Labour MP Tulip Siddiq tweeted on Wednesday morning: “Nazanin is at the airport in Tehran and on her way home. I came into politics to make a difference, and right now I’m feeling like I have.”