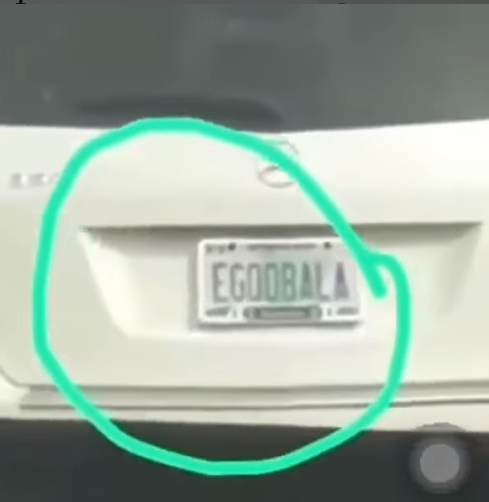 The Merger with Fulani and the backward Hausa Kanuri people is the greatest disservice that happened to the enclave called Nigeria, I am particularly not surprised at the shame that Nigeria is being subjected to all over the world and now in all African countries, the truth is, the only thing about the Nigerian people is the LIE of unity which never existed, The Population which provides market for every users who often ride on the backbone of some corrupt elements that consistently kept us behind any tangible civilization. The Fulani people are a backward race and so are the Hausa who were conquered by the Fulani, these Fulani came into Nigeria from the Sudan Area up North and were allowed entry by the gullible Hausa (Kanuri) People , The started imposing themselves on the Hausa people that the real owners of the North had no say in their region, These strangers got into the Military force and by a crooked means dominated the Nigerian Army and within the last 25 to 30 Years have removed all southerner at the top role in the Army and are controlling owner in a clandestine manner. Nigerian as a people have never benefitted anything from Nigeria except being a mere citizen with no rights, There is actually No Nigeria because the whole arrangement was a fraud , There was no edict for Uniting these many tribes together , there were no written agreements or consent from these people to pact apart from what was imposed by the Colonial masters which was done to help the North who are deficient in Education The South were the most enlightened especially the Yoruba People, Unfortunately their Leaders were so corrupt and they have been used against themselves in most cases as backstabbers. The reason the Fulani race want to stick to the continuation of the Fraud called Nigeria is because the resources or the Life line of the entire thing called Nigeria is in the SOUTH , apart from the South especially the Yoruba region there is no Nigeria , The Hausa Fulani has demystified the Yoruba People who once loved development and they have taken their dignity away after denying many of the Yoruba leaders and killing several From Great Awolowo to Gani Fawehimi . to Tai Solarin , to Beko Ransomed Kuti to Fela anikulapo Kuti, Abraham Adesanya , Bola Ige , all these and many more were Killed by the Fulani people who are bent on an archaic way of Politics through stone age religion, The unfortunate thing that happened to the Yoruba People is accepting that crude religion of Islam from the North, the Yoruba were predominantly Christian by orientation very keen on development But the religion of Islam sold to them by the nation of Arab made the Yoruba people loose the dignity of reason, The Yoruba Muslims even when Educated does not reason like a human being after being fanaticized. These has affected the development of the Yoruba people and the Country has lost some of the best brain due to the recurring illiteracy at the Top . Imagine a crude Buhari as President in a country so rich with Intellectuals. I was applying to visit some African countries from abroad and as soon as the see my name as a Nigerian, I will be denied Visa , until i used alternative Passport before i am allowed in without a Visa, Nigerians are being ridiculed by countries who respected us in the 70s because of the cynosure of profligates band of men overtaken by fraud and moral turpitude. Criminals as governors, Senators, Ministers . one dull person succeed a previous dull person, The country Nigeria is a Big Joke. Nothing has been happening since Shagari. Obasanjo Babangida , and several Military wicked heartless people ruined the country that even the passport of Nigeria is plagued with Shame in every country around Africa, From Tanzania, to Rwanda, to Botswana, to Namibia to Zambia and Uganda, they do not give a shit about us who used to be a great country in the 70s. all thanks to old men who piss on their pants who have no vision and are supposed to be in Jail but they created a society where Justice is defined by criminals and the Law has no force in a corrupt country . If anyone can tell me why Babangida Obasanjo , Tinubu, Oshiomole , Jonathan and all the criminals who ruined Nigeria are still roaming around freely without being in Jail , which indeed confirms that without a revolution Nigeria will continue to be shamed and ridiculed as i have seen in many African countries let alone outside of Africa