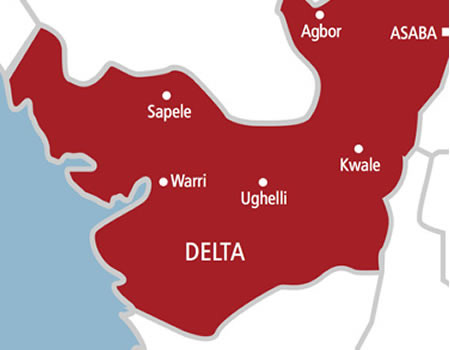 The Operations Officer of the 3 Battalion of the Nigerian Army in Warri, Delta State, Lieutenant Musa Yusuf, has been killed by unknown assailants.

It was gathered that the officer was hacked to death in the late hours of Friday, March 11, 2022, at the popular Enerhen Road in the metropolis.

It was further learnt that soldiers from the 3 Battalion of the Nigerian Army, Effurun-Warri, have launched manhunt for killers of the officer.

According to Nigerian Tribune, a terse WhatsApp message from the security intelligence unit of an unnamed organisation has warned its staff to “exercise extra security precautions and vigilance, particularly within Enerhen and environs.

“In view of the above, staff members are kindly advised on the need to exercise extra security precautions and vigilance particularly within Enerhen and environs. We are strongly advised to avoid late night movements around these troubled areas and Warri in general. The security team will continue to monitor this situation and provide the necessary updates as required.” the message reads.

Meanwhile, spokesperson of the State Police Command, DSP Bright Edafe, who confirmed the incident said that some suspects have been arrested in connection with the murder.

Ladies share the ‘worst lie’ they’ve heard from a Man.