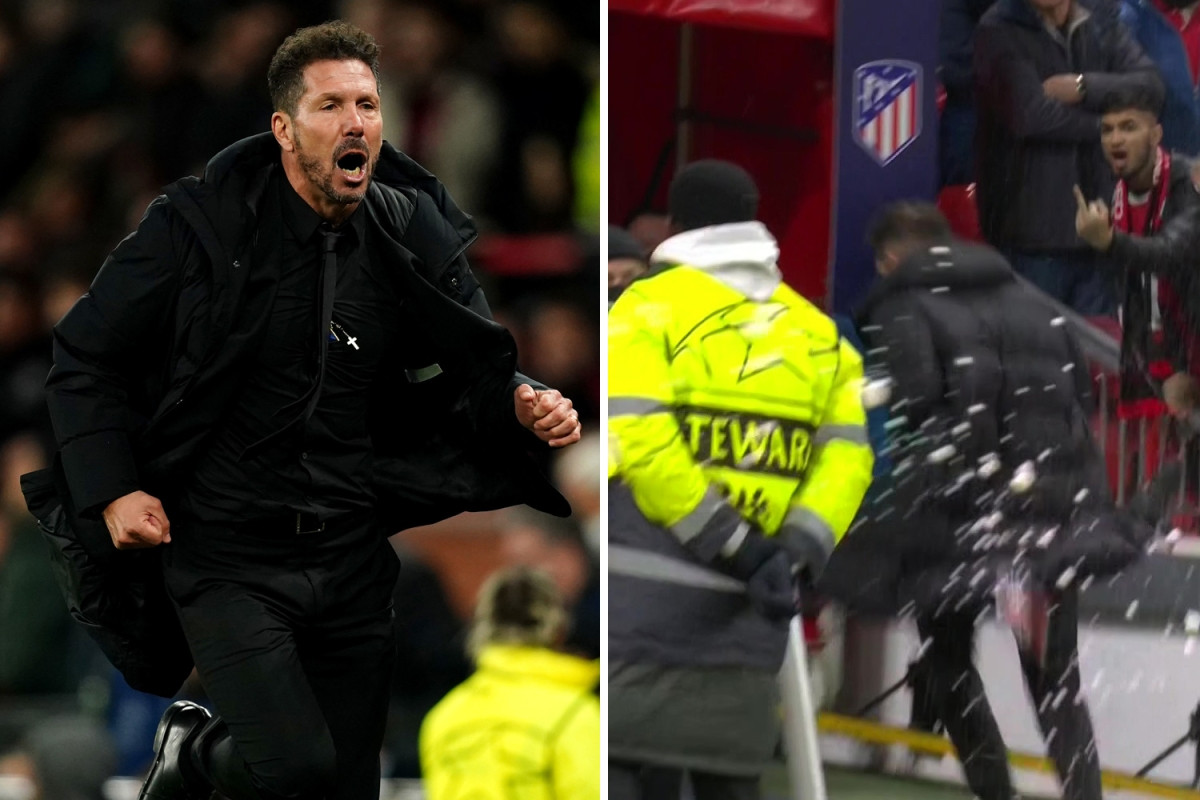 The Red Devils were beaten 2-1 on aggregate by the Spanish champions after losing 1-0 at Old Trafford on Tuesday night.

After the referee blew the final whistle to signal the end of the match, Simeone sprinted down the tunnel and headed back to the dressing room. But while making his way off the touchline, several Man Utd supporters threw objects at him.

Some were seen throwing what appeared to be drinks directly at him.

According to reports, the Premier League club will likely be handed heavy fined for the actions of their fans, with charges usually issued at the end of a European week.

Nigeria may not be working because we arenât – Brymo