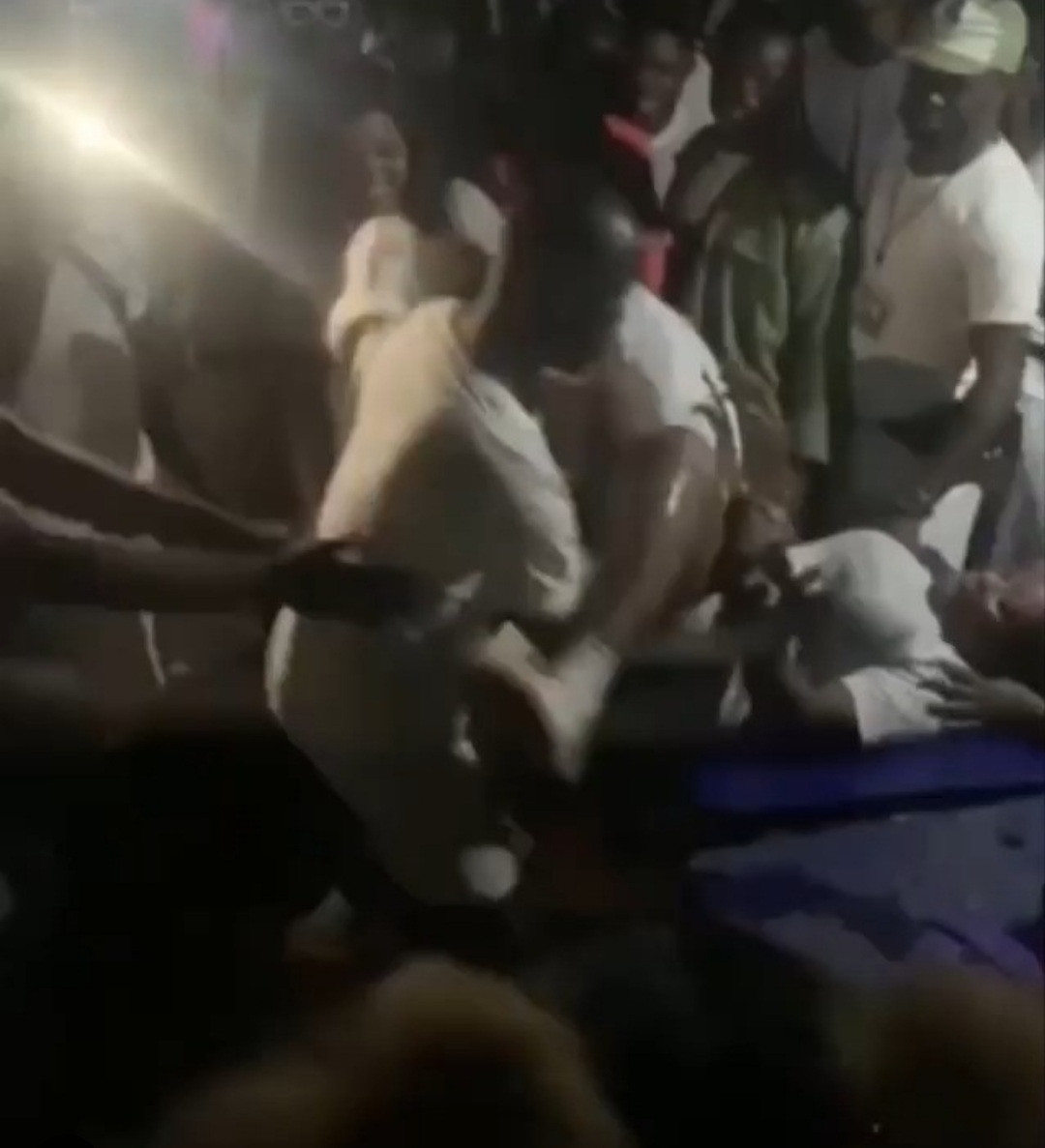 The National Youth Service Corps has reacted after corps members were filmed engaging in a sexually-charged dance at an orientation camp.

In the video, a female corps members is seen lying on a table while a male colleague grinds his crotch against hers.

Other corps members watch and hail them, with one person saying, “give am well.”

The video elicited criticisms from viewers.

NYSC has now released a statement reacting to the video.

The statement titled ‘Unwholesome action by a group of corps members’ reads: “The attention of NYSC Management has been drawn to a video currently trending on the social media showing Corps Members supposedly in NYSC Orientation camp in very compromising actions that pushed beyond the boundary of decency.

“Management hereby restates that the Scheme is founded on discipline, patriotism and youth-reorientation and will never condone such irresponsible behaviour.

“Investigation is currently ongoing, and anyone found culpable will be treated in accordance with the bye-laws of the Scheme.”

Is that the new strategy to win election?- Actress Rita Dominic questions people who insults those that complain about the state of the nation