The National Youth Service Corps, NYSC, has reacted to a trending video of some corps members dancing erotically at an orientation camp.

In the viral video, the corps members were demonstrating different sex styles using each other as a dummy.

A female corper is seen lying on a table with her legs apart, while a male corper was hitting his crotch against hers in a sensual matter.

Another part of the video shows another female corper bending over a table while a male corp member grinded his groin region against her buttocks.

The video has stirred different reactions on social media as netizens criticized NYSC for permitting such acts.

Reacting, NYSC has now released a statement titled “Unwholesome action by a group of corps members” on their Facebook page.

“The attention of NYSC Management has been drawn to a video currently trending on the social media showing Corps Members supposedly in NYSC Orientation camp in very compromising actions that pushed beyond the boundary of decency.

“Management hereby restates that the Scheme is founded on discipline, patriotism and youth-reorientation and will never condone such irresponsible behaviour.

“Investigation is currently ongoing, and anyone found culpable will be treated in accordance with the bye-laws of the Scheme.” 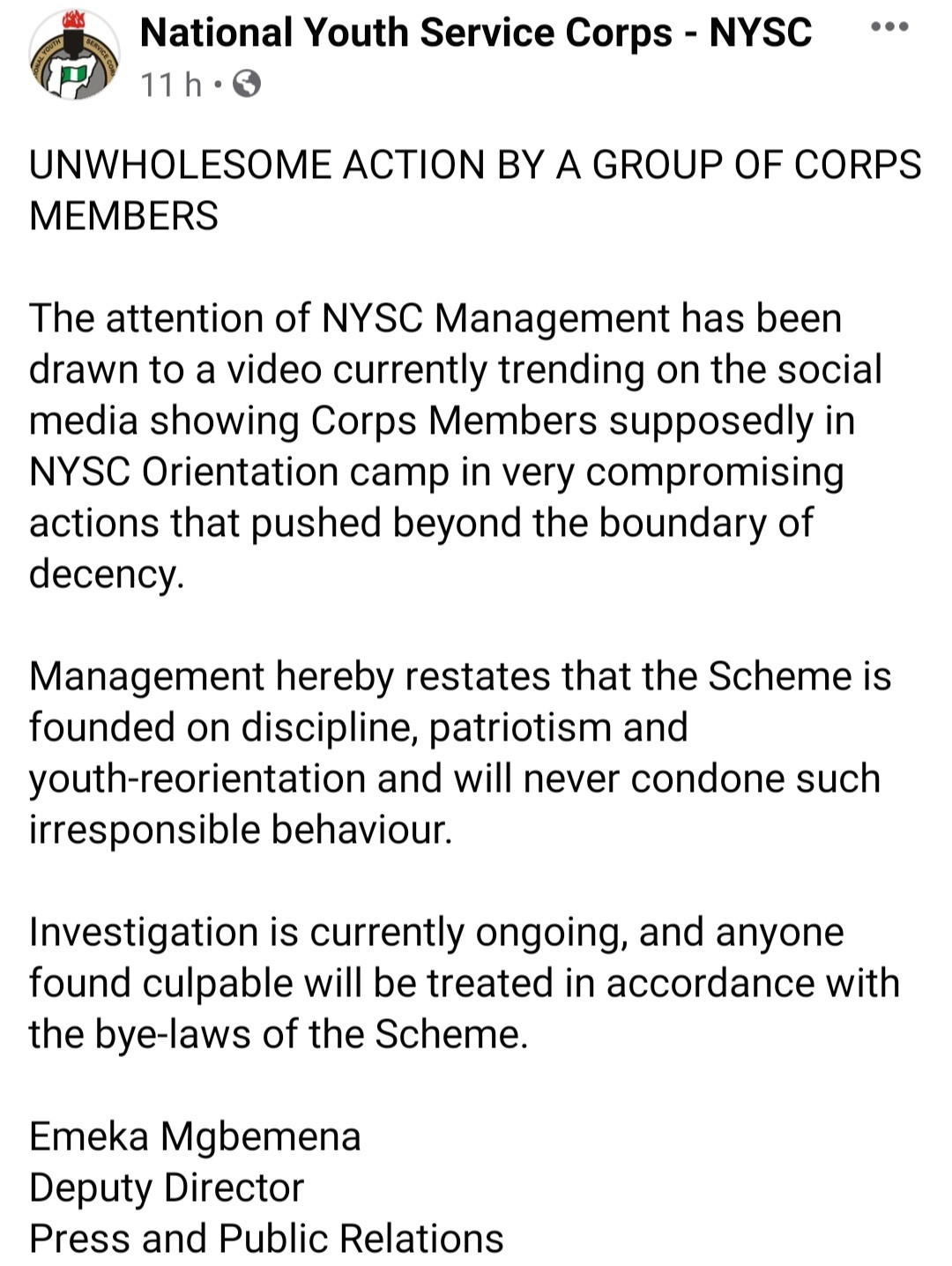 “Are you mad?” – Korra Obidi lashes out at those telling her to leave social media amid her marriage crisis (video)