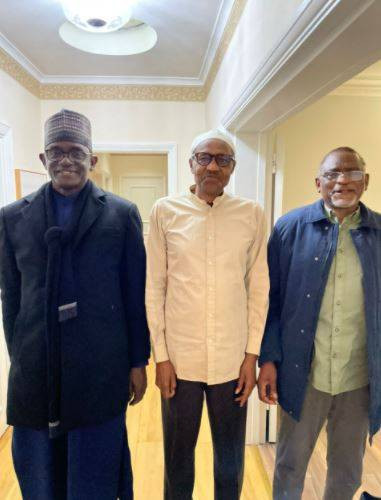 Photos of President Buhari in London

President Buhari who is currently on a medical trip to London granted an audience to APC leaders, Mai Mala Buni, and others.

Buni was in London to see the President over the leadership crisis rocking the party. Recall that a few days ago, some governors in the party had made an attempt to remove him as the chairman of the caretaker committee. This decision met stiff opposition from INEC which indicated that it only recognizes Buni as the chairman of the party’s caretaker committee.

Buni was in London to get the President’s approval to conduct the March 26 convention of the party.

See another photo below…