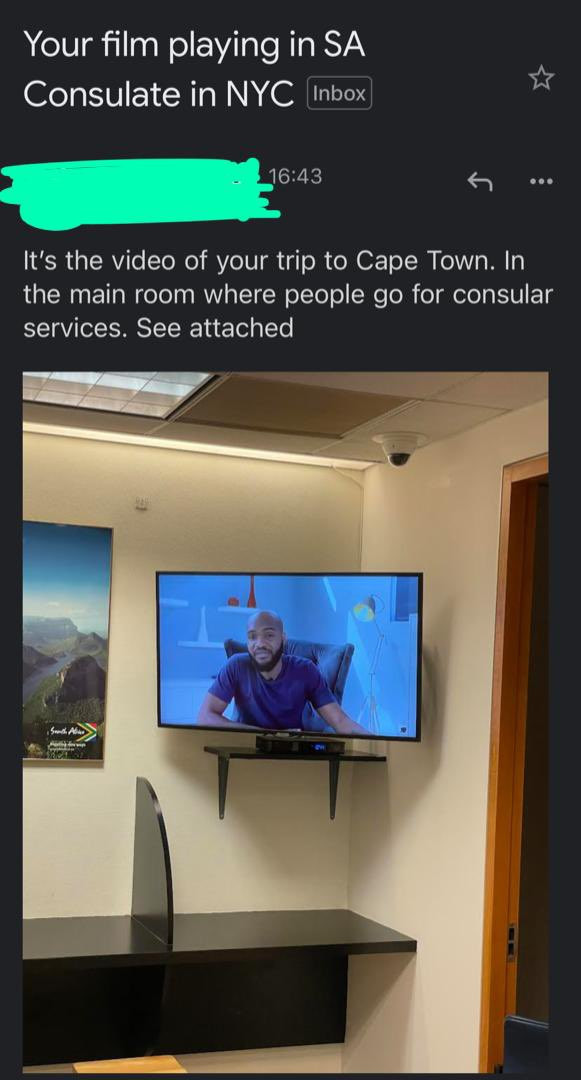 Media personality, Tayo Aina has called out the South African authorities for using his video to do a promotion at the New York City Consulate.

Aina said this is happening after South African authorities denied him visa even after holding his passport for 4 months.

South Africa  denied my visa application after holding my passport for 4 months but are now using my video to do promo at the NYC consulate. Interesting times.