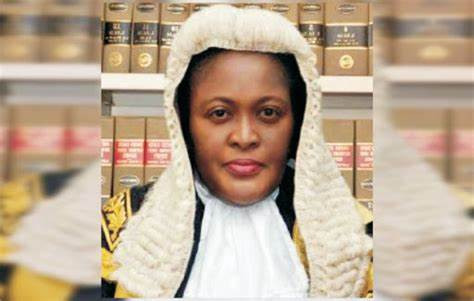 Invasion of Justice Odili’s home was driven by greed

A special investigator commissioned by the Nigerian Bar Association to investigate the invasion of Justice Mary Odili’s residence in Abuja, has said that it was driven by financial gain.

Dr. M.O Ubani said in a special report document obtained by Channels Television on Thursday March 17, that he was unable to interview the suspects involved in the matter and the Nigeria Police “which did not accord me an audience after repeated efforts.”

Ubani said he reached a conclusion on motive of the invasion after interviewing the Chief Justice of Nigeria; the Attorney General of the Federation and Minister of Justice, Mr. Abubakar Malami; the victim, Hon. Justice Mary Peter-Odili; the Chief Judge of High Court of the FCT, and the Chief Magistrate who issued the search warrant that set the invasion in motion, Emmanuel Iyanna.

“Having reviewed all the oral and documentary evidence relating to the matter, I am of the firm view that the unwholesome invasion was driven by greed and the quest for financial gain by the ring leaders.

“While I was unable to assess the suspects as they were already in custody, I was able to obtain their extra-judicial statements which gave significant insights into their roles in the matter”