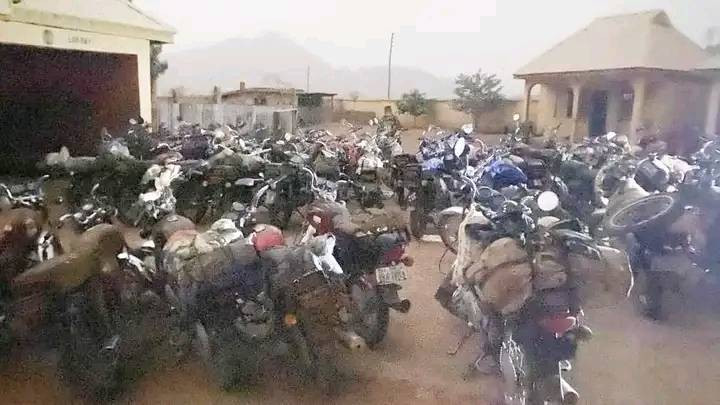 The Joint Security Operatives comprising the Nigerian Army, the police and members of the Niger State Vigilante Corps have repelled an attempted attack by bandits in Bangi, the headquarters of Mariga Local Government Area of Niger State.

It was gathered that bandits in their numbers, on Wednesday evening, March 16, stormed Bangi Divisional Police station to attack security personnel in a similar way they did at Nasko about three days ago.

They were, however unfortunate as the joint security operatives got wind of the plan and fiercely engaged the terrorists which led to the killing of dozens of the criminals while many others escaped with gunshots injuries.

The State Commissioner for Local Government, Chieftaincy Affairs and Internal Security, Emmanuel Umar, who confirmed the development said over 100 bandits were neutralized while 50 motorcycles were recovered during the operation.

He said the attackers had moved from Nasko where they killed the Divisional Police Officer and other security operatives on Tuesday to launch another attack on Bangi, in the same axis.

Meanwhile, the State Governor, Abubakar Sani Bello has commended the joint security operatives in the state for their gallantry in repelling an attack and killing scores of terrorists at a Divisional Police Station in Bangi.

Governor Sani Bello in a statement acknowledged the dedication of the conventional and unconventional security agencies in the fight against terrorism in the state.

He said, “It is soul-soothing to know that the criminals had a bad outing against innocent lives.”

The governor, however, commiserated with the Nigeria Police Force for yet losing an officer in the gun duel with terrorists.

He also sympathized with the bereaved family of the deceased police officer and prayed God to console them and repose the soul of the departed.

The governor reassured all of his unwavering determination and unalloyed support to ensure that terrorism in the state becomes a thing of the past.