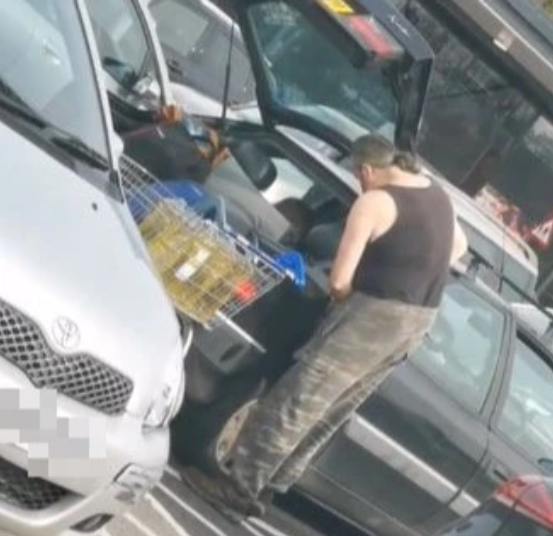 A Tesco customer was filmed filling up his petrol tank with cooking oil in the parking lot of a store.

As fuel prices soar, the motorist was seen at a Tesco store in Congleton, Cheshire, England, using cooking oil in place of petrol.

In the video shared online, the man is seen standing beside his car with a trolley of cooking oils near him.

He then removes the cap on one container of cooking oil and pours the oil into his car.

Mark Rainford caught the man in the act and began filming,

He posted the video to Facebook with the caption: “What fuel prices”.

Mark He told Cheshire Live: “I filmed it and as I walked past him he was taking all the tops off the bottles first, that’s what made me laugh. He had clearly thought it through.”

Car owners have been warned against putting cooking oil into their car’s petrol tank as it can severely damage the engine.