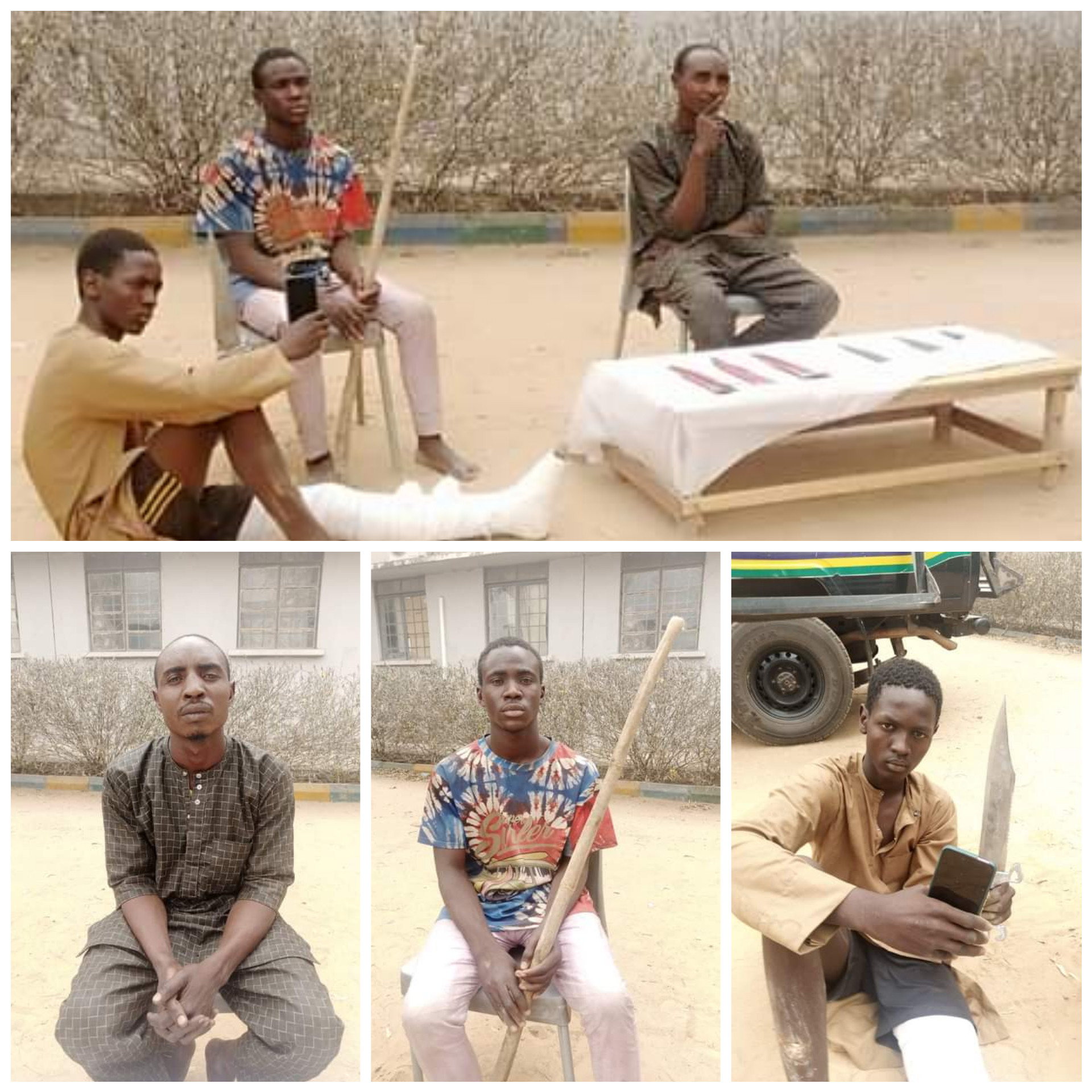 The Kano State Police Command has arrested two armed robbery suspects who stabbed a man and made away with his mobile phone.

Spokesperson of the command, SP Abdullahi Haruna Kiyawa, who disclosed this in a statement on Wednesday, March 16, said one of the suspects was caught and almost lynched by angry mob before police rescued him.

Kiyawa noted that a manufacturer and supplier of dangerous weapons to armed robbers was also arrested.

“On the 12/02/2022 at about 2130hrs, a distress call was received that, two armed robbers with dangerous weapons attacked a resident of Ja’in Quarters Kano, stabbed him with a knife on the left upper part of his chest, and made away with his Infinix S5 Mobile Phone valued Ninety Eight Thousand Naira (N98,000:00), where one of the suspects was trapped and attacked by the mob,” the PPRO stated.

On the receipt of the report, the Commissioner of Police, CP Sama’ila Shu’aibu Dikko, raised and instructed a team of Operation Puff Adder led by SP Abdulrahim Adamu, Divisional Police Officer Sharada to arrest the culprits.

“The team immediately swung into action. The victim was immediately rushed to Murtala Mohammed Specialist Hospital Kano, where he was admitted.

“The suspect identified as Mujahid Aminu, ‘m’, aged 18 years old, of Ja’in Quarters Kano, that was trapped and attacked by a mob was rescued and rushed to Muhammad Abdullahi Wase Specialist Hospital Kano where he was treated and returned to Police custody.

The case has been transferred to the Command’s Criminal Investigation Department for advance discreet investigation.

When a man leaves a toxic relationship, he isn’t a man but when a woman does, she is a hero – Korra Obidi’s husband writes