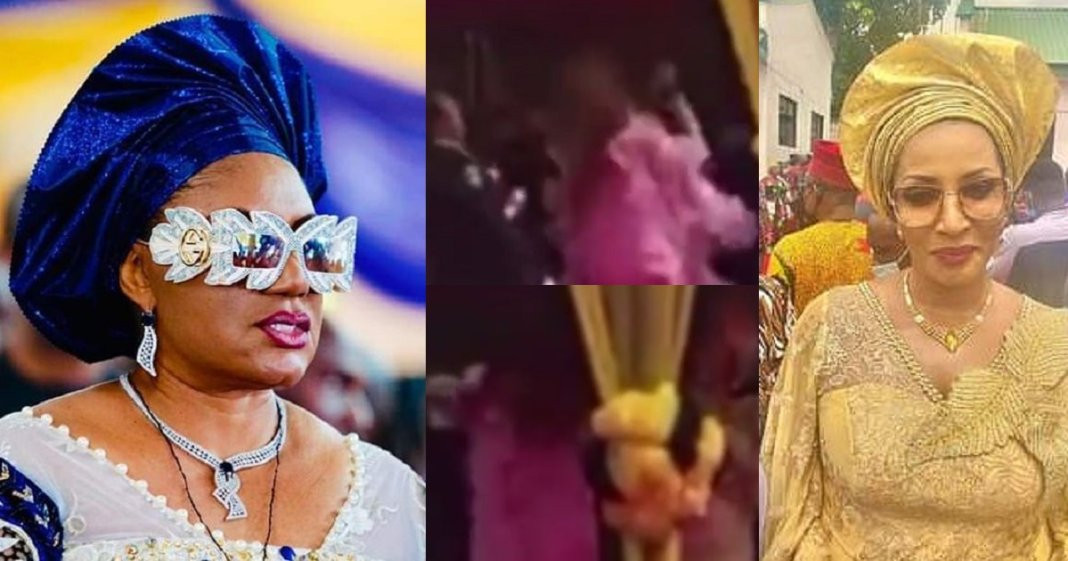 People present were heard mentioning “Osodieme” repeatedly during their conversation with Bianca, and they also told her “well done, you did it well”.

One of them also said “owu Nwa anyi na alu gi” (our son, referring to former Biafran warlord, Chukwuemeka Odumegwu Ojukwu, is the one marrying you)

They also alleged that Ebelechukwu was acting like she’s “drunk” at the event. Watch the video below…….