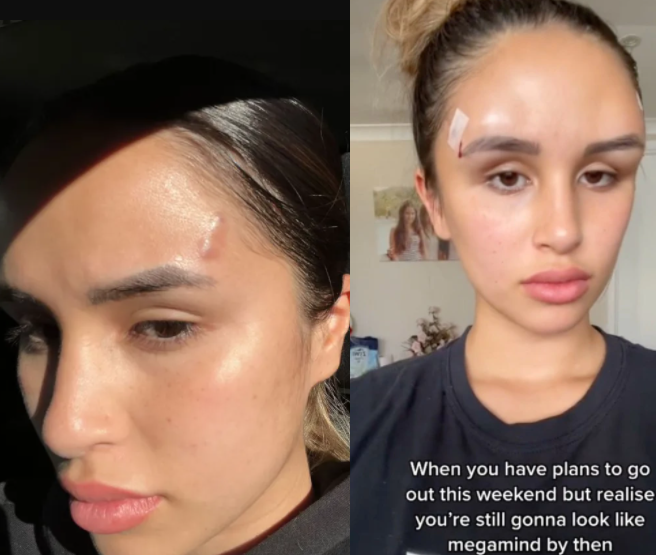 A model now looks like “Megamind” after undergoing surgery to have her fox eye operation reversed.

Jessie Carr, 21, from Sydney, Australia, initially had surgery to give her fox eyes, a procedure inspired by celebrities including Bella Hadid.

The surgery didn’t go well and she was left looking like a “horned alien”.

She then had another surgery to reverse the initial fox eye surgery but she ended up looking worse as her head expanded and she was left looking like Megamind.

The fox eye surgery sees supposedly invisible strings put in above the eyes to pull them upwards. This helps lift the eyes to make one look like a vixen.

However, after the surgery – which she labelled her “biggest regret” – Jessie was left with protrusions on her forehead resembling “horns”.

She returned to the clinic last week and opted to have surgery to get rid of her “horns” once and for all.

Jesse took to her TikTok account to update her followers, while comparing her new look to the cartoon character Megamind.

She wrote: “The pain is probably a 9/10. There is an intense pressure on my temples and it feels like my head is about to explode.”

“I get the worst migraines and even my jaw at times is really sore, I think because of all the pressure.

“Maybe I’m clenching my jaw a lot or something.”

TikTok users have thanked her for sharing her story, with one user saying she was planning to undergo the procedure but changed her mind after reading about Jesse’s botched surgery.