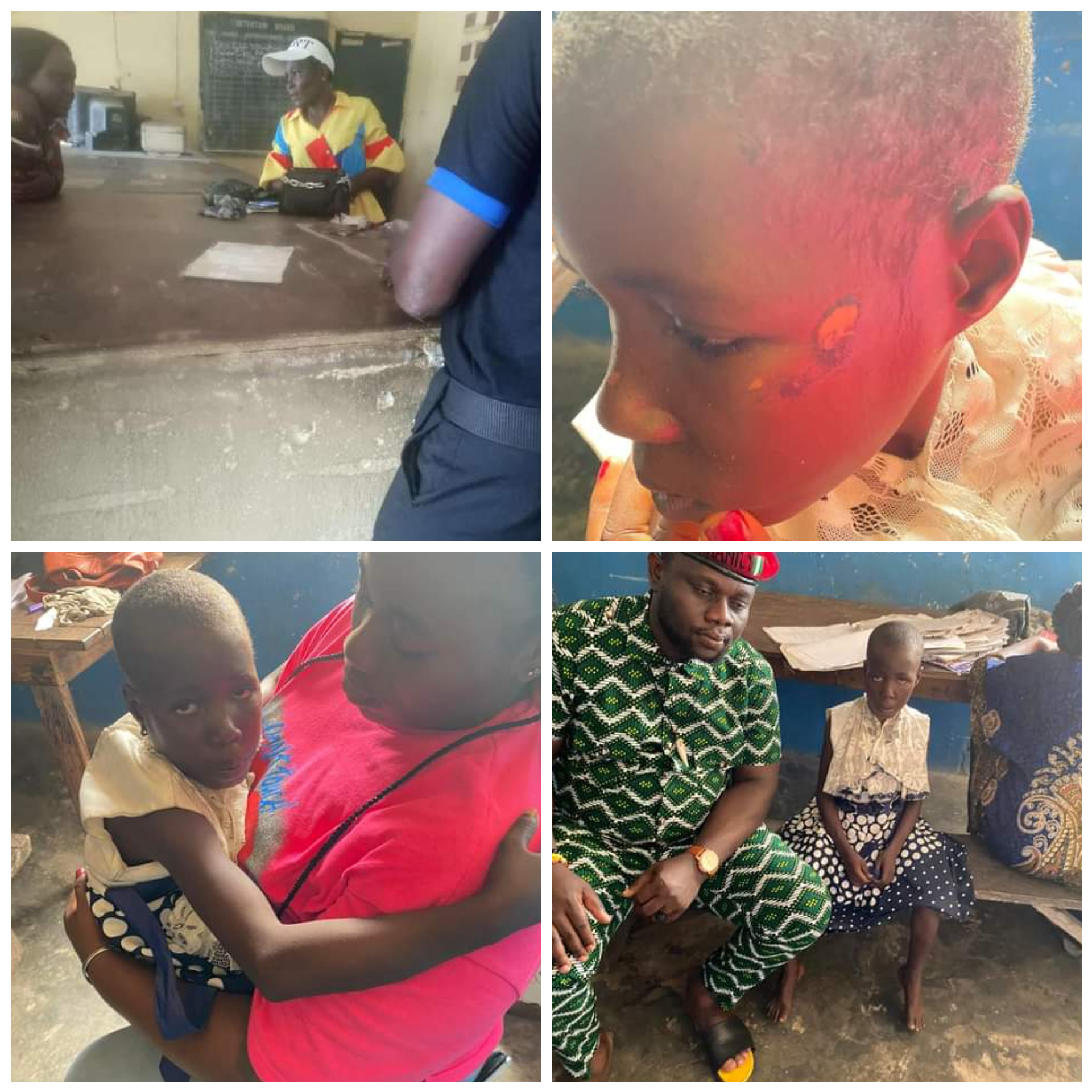 The Delta State Police Command has arrested a woman who assaulted her 12-year-old niece, Igho, for allegedly stealing garri and fish.

The incident happened at their shared family compound in Isiokolo, Ethiope East council area of the state on Saturday, March 19.

It was gathered that the woman identified as Mercy Oba, noticed that her garri and fish were tampered with and angrily walked into the young girl’s room, picked the food items and pounced on her.

Igho’s cries were said to have attracted her blind mother who pleaded with her sister to stop the beatings.

In spite of pleas from Igho’s mother, Mrs Mercy went further to put pepper and insert a stick into the girl’s vagina which damaged her hymen.

Speaking to journalists, a rights activist, Kelvin Ejumudo, said he got wind of the cruelty and quickly led his colleagues to the scene aand rescued the victim.

“Mercy Oba is the sister to the blind woman. The blind woman’s daughter, Igho, went to her room and took garri and fish,” Ejumudo explained.

“When the auntie met her in the room and asked ‘why are you stealing my food? Igho said they (herself and mother) were hungry

“She started beating the little girl. The blind mother managed to find her way down and pleaded for her to leave Igho, but she started to beat her too. The next thing, she carried the little girl to her room, put pepper in her private part and drove a stick into her vagina.

“People came and were holding her, but she threw their load outside, that they will no longer stay in the house. The next thing, she said she would kill them and nothing would happen

“I got the distress call that she’s an Igbo woman, so she feels that her juju will protect her. She felt untouchable. We swung into action and got her arrested. She was detained in our presence and medical care was given to the girl and her blind mother.”

According to him, the doctor reported that the girl’s hymen has been broken because of the force the auntie used in driving the stick into her private part.

Spokesperson of the command, DSP Bright Edafe, who confirmed the incident on Sunday, said the aunt is cooling off her feet in police custody.

‘You look like mama rainbow’ Reactions as Lateef Adedimeji’s wife, Mo Bimpe, ‘press necks’ with jaw-dropping photos ahead of her 28th birthday