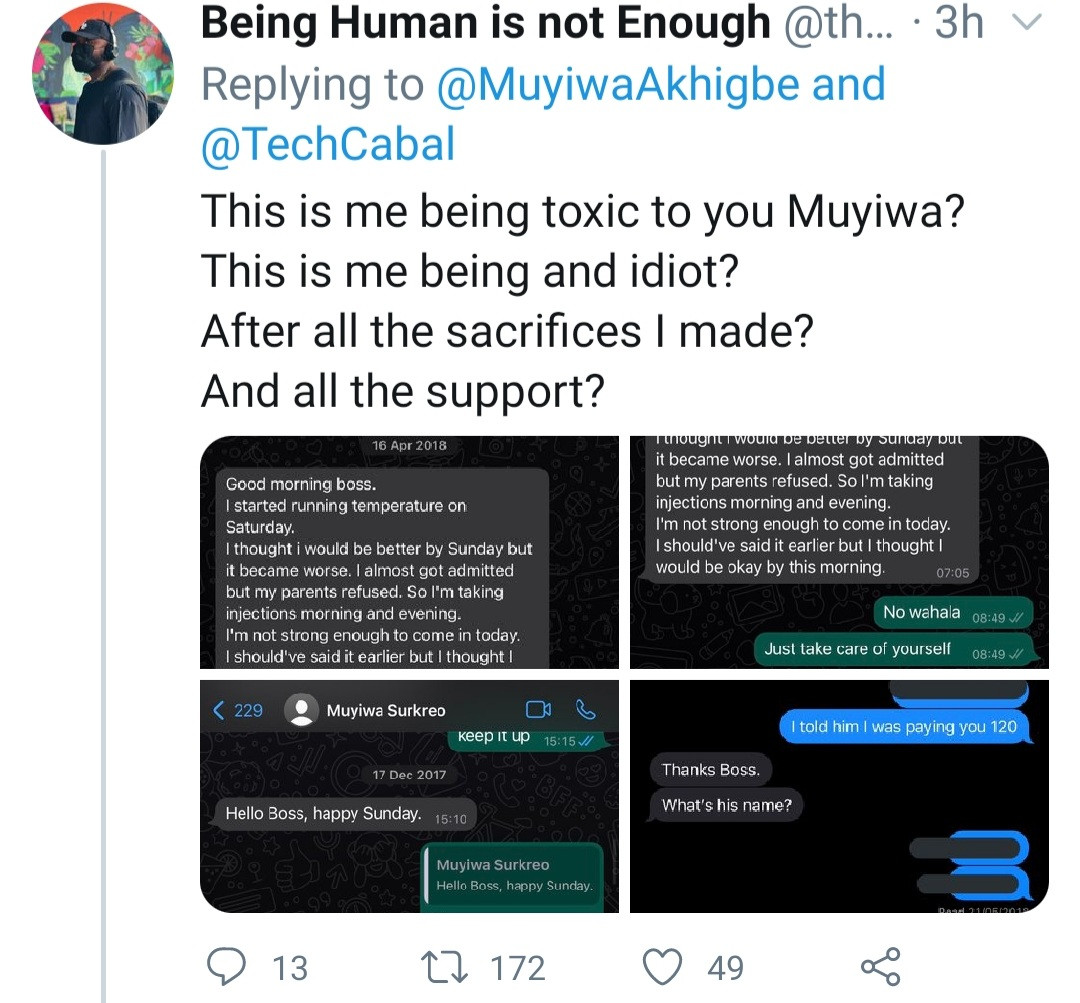 Nigerians have taken to Twitter to call out their former bosses who were allegedly mean to them, but one boss did not take it lying down and he responded to the criticisms from his former employees.

As employees are sharing their horrible work experiences with the hashtag #HorribleBosses, one particular employer was mentioned multiple times by Twitter users.

The employer, named Daniel Emeka, was accused of a number of things, including firing a staff for not singing “Happy Birthday.”

Unlike the other bosses who ignored the accusations, Daniel Emeka hit back at his former employees with screenshots showing him being nice and understanding when they approached him.

See some tweets below.