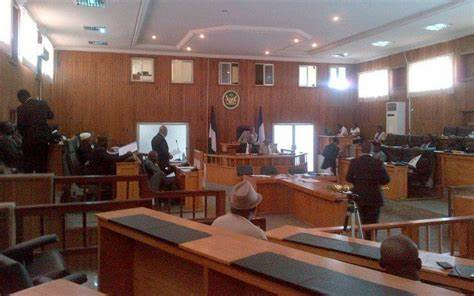 20 lawmakers of the Cross River State House of Assembly who defected from Peoples Democratic Party to the All Progressives Congress (APC), have been sacked by a federal high court sitting in Abuja.

Justice Taiwo Taiwo in his judgement on Monday March 21, held that the lawmakers needed to vacate their seats since they had abandoned the party which brought them to power.

The judgement followed a suit filed by the PDP marked FHC/ABJ/CS/975/2021. This is coming weeks after Governor David Umahi of Ebonyi, his deputy and some lawmakers in the state were sacked by the court over defection.

Traditionalists protest against appointment of Bamire as OAU Vice-Chancellor (video)

Bolu Okupe reacts as Instagram takes down his nude photo