A viral video showed a mother publicly performing a deliverance on her son from the spirit of stubbornness.

In the video that was filmed and shared on social media by a passerby who witnessed the scene, the woman is seen holding a cane in one hand while grabbing the boy’s shirt with her other hand.

She repeatedly shouted for fire to consume the demons leading the little boy astray.

The boy’s voice was shaky as he cried and repeated the prayers after his mum. Passersby had to intervene and begged the woman to pardon the boy.

The video stirred reactions from netizens. See some comments below,

@benbills007, “She’s frustrated already 😂but I’m sure fear no go allow that boy do that thing again 😂”.

@descendantofgraceifiorah_, “The woman is obviously tired and exhausted. If stubbornness has another name🤦‍♀️🤦‍♀️”. 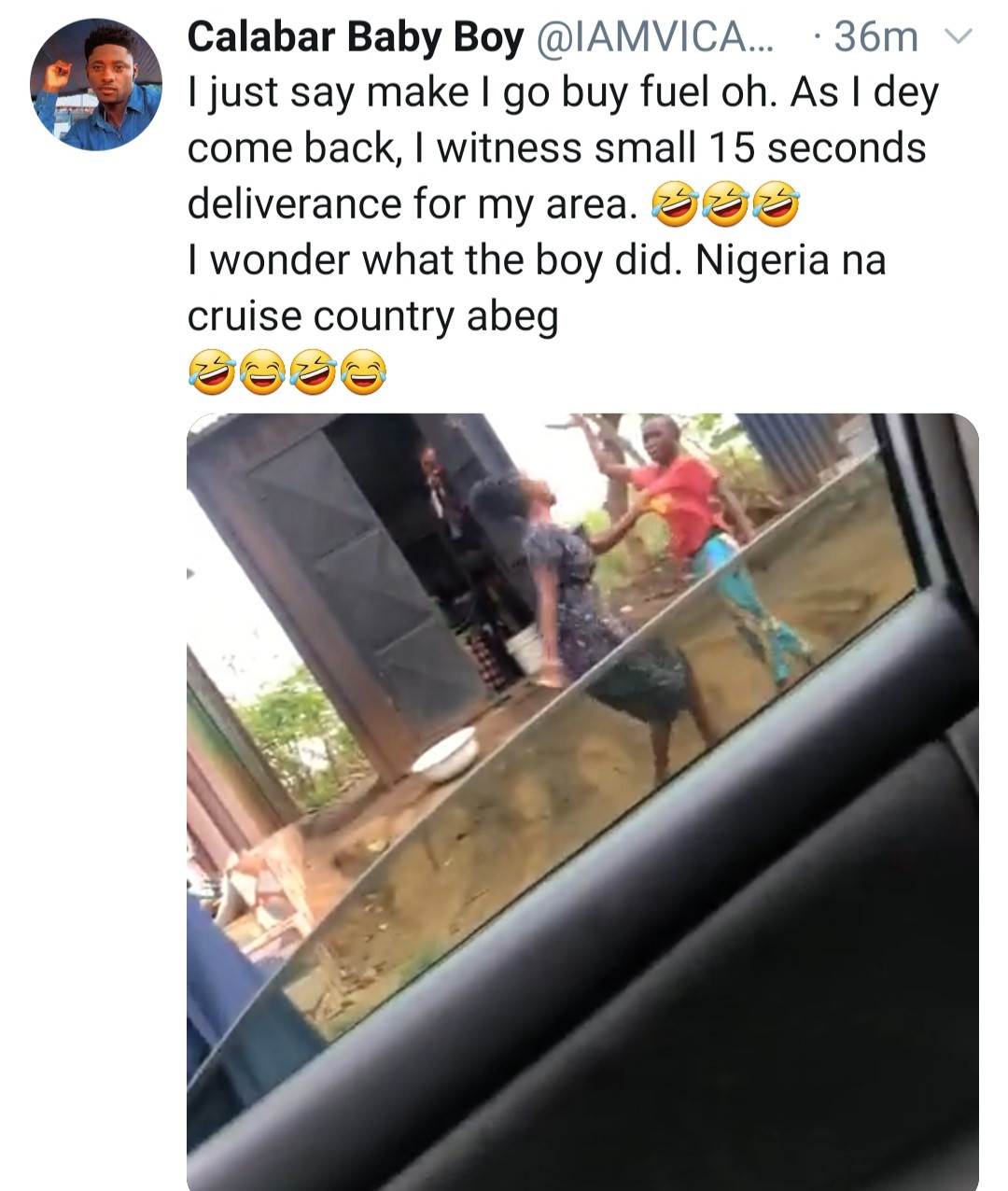 Lady narrates her encounter with wife of man wooing her