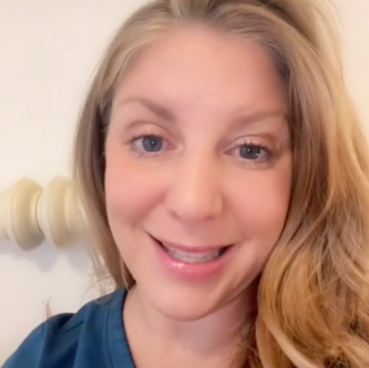 A hospice nurse has revealed what she has learned following years of caring for people who are on their deathbed.

Julie, from the US, said that her experience has shown her that many people have the same regrets about life when they are about to die.

Through her TikTok account, Julie, who became a hospice nurse after working in Intensive Care for nine years, educates people about death by sharing experiences she’s had on the job.

In one TikTok video posted to her account, she revealed the common regrets her patients have had as they are dying.

Julie posted the video in the hopes that people would make a change in their lives so they would not have the same regrets when looking back on their lives.

The nurse responded to a question which asked: “What kind of regrets do you hear? I feel like in the end, everyone’s going to have regrets of some sort.”

Julie explained there were top regrets people often confessed to when dying.

She said: “Most people at the end of their lives have regrets about not appreciating their health.

“Not appreciating being alive, the little things.

“Working their life away.

“And not spending more time with family.”

From her patient’s confessions, Julie said she has learned the following: “Be in the moment, live presently, be grateful, don’t take for granted your health, and little things about living life.