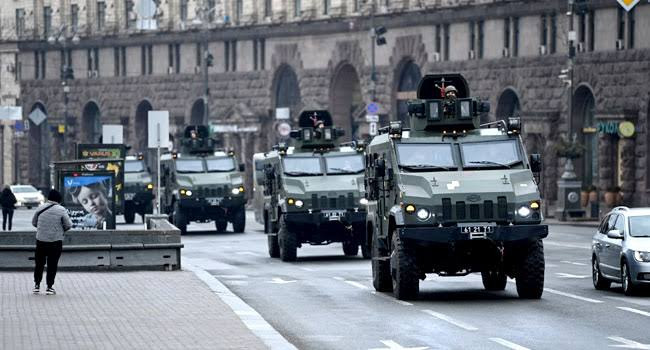 Russian forces advancing on the Ukraine capital Kyiv from the northeast have stalled, British intelligence stated on Monday during its daily security briefing of the Russo-Ukraine war.

The assault on Ukraine started with Russian troops crossing the border using air, land and sea on Feb. 24.

But Western countries say Russia’s expectations of a swift victory and the removal of President Volodymyr Zelenskiy’s government have been dashed as its invasion force has received serious losses.

Speaking on Monday, the British military intelligence said the bulk of Russian forces remain more than 25 km (15 miles) from the centre of the Kyiv,

“Heavy fighting continues north of Kyiv,” the Ministry of Defence said. “Forces advancing from the direction of Hostomel to the northwest have been repulsed by fierce Ukrainian resistance.”

In his latest appeal for help from abroad, Ukrainian President Volodymyr Zelenskiy addressed the Israeli parliament by video link on Sunday and questioned Israel’s reluctance to sell its Iron Dome missile defence system to Ukraine.

“Everybody knows that your missile defence systems are the best … and that you can definitely help our people, save the lives of Ukrainians, of Ukrainian Jews,” said Zelenskiy, who is of Jewish heritage.

Zelenskiy also welcomed the mediation efforts of Israeli Prime Minister Naftali Bennett, who has held numerous calls with him and Putin.

“Sooner or later we will begin to have talks with Russia, possibly in Jerusalem,” he said in his daily video address to Ukrainians.

“May your tests become your biggest testimony”

I am supporting Tinubu because he’s generous – Kanu Nwankwo admits