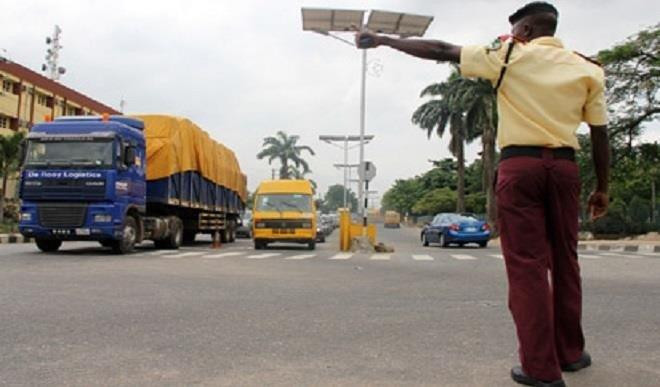 Two officials of the Lagos State Traffic Management Authority have been dismissed over bribery, corruption and other misconduct.

Olumide further urged members of the public to share their experiences, both positive and negative, to enable it to get better.

“The Management of Lagos State Traffic Management Authourity (LASTMA) has affirmed that some officers of the agency who were found culpable of gross misconduct while performing their official duties have faced disciplinary action in line with the extant rules as guided by the Lagos State Civil Service Rules and Regulations.

“LASTMA Management added that the Personnel Management Board (Disciplinary) which was held to look into all the reported misconduct of the officers, considered the allegation of bribery, corruption as serious act unbecoming of a public officer levelled against them and found some officers culpable of serious misconduct as stated in the public service rule.

“It was disclosed that six officers have faced disciplinary action from September to December 2021, two of the officers had their appointment terminated, while four suffered reduction in rank along with reprimand for their various misdemeanours.

Olumide added, “In the same vein, the agency management implored road users in Lagos to always comply with the State Traffic Law in order not to run afoul of the law, which will attract penalties as stated in the law.

“This is necessary in order for all of us to promote a greater Lagos for the benefit of all and for the realization of Mr. Governor, Babajide Olusola Sanwo-Olu’s objectives in the first letter of the ‘THEMES’ agenda (Traffic Management and Transportation).

“Members of the public are also advised to desist from attacking officers of the agency because of their grievances.”

Traditionalists protest against appointment of Bamire as OAU Vice-Chancellor (video)