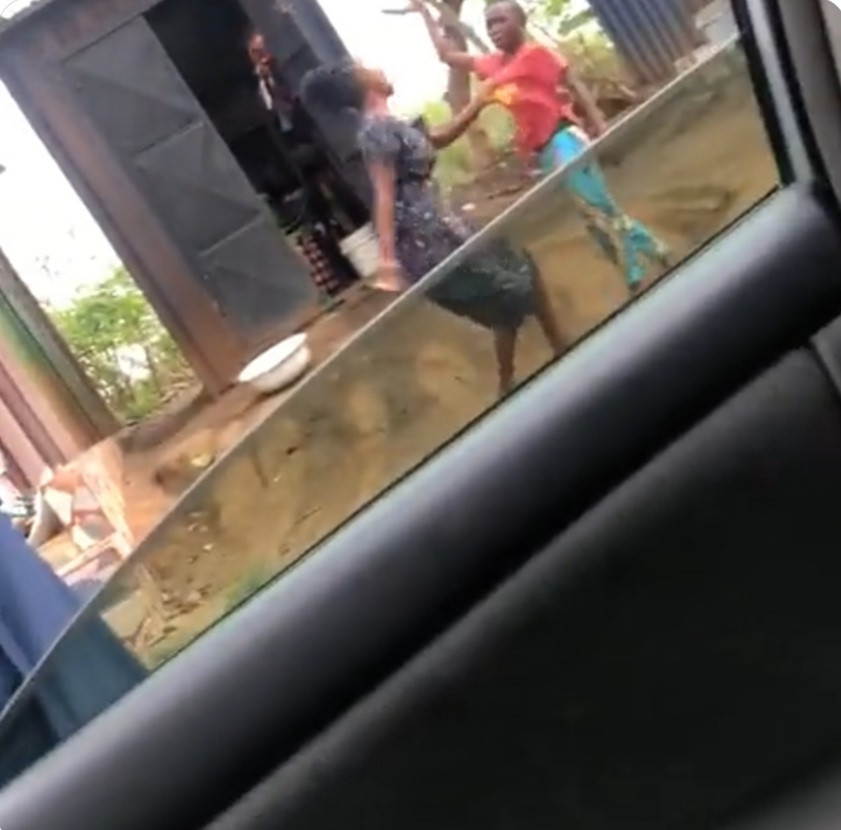 A woman was seen publicly conducting a mini deliverance on a boy believed to be her son.

In a video captured by a passerby who witnessed the scene, the woman is seen holding a cane in one hand while grabbing the boy’s shirt with her other hand.

Passersby had to intervene and begged the woman to pardon the boy.

Rivers is one of safest states in Nigeria – Nyesom Wike