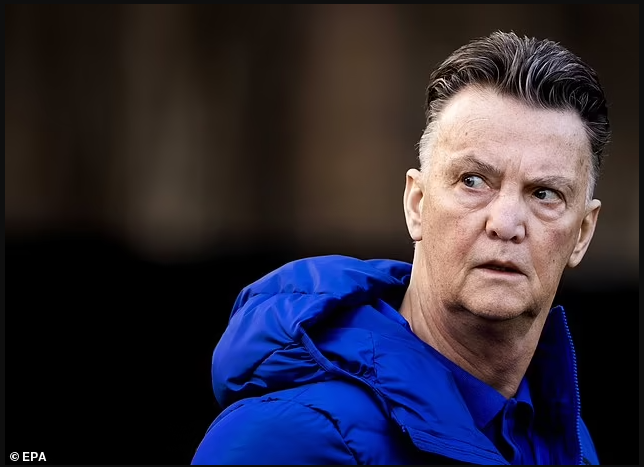 Holland manager, Louis van Gaal has claimed that it is ‘ridiculous’ that the World Cup is being hosted in Qatar.

The former Manchester United boss also dismissed suggestions that the aim is to develop football in Qatar as ‘bull****’.

As reported by Eurosport, Van Gaal said: ‘Everyone knows that I think it’s ridiculous that the World Cup is there.

‘That we are going to play in a country to allow football to develop there? That’s bulls***. It is about money and commercial interests. That matters in FIFA.

‘Why do you think I’m not on a committee with my expertise? I’ve always opposed those kinds of organisations.

‘It is not right. I can say that in Qatar, but that [my opposition] doesn’t help the world get rid of this problem.’

Thousands of migrant workers have died in the build-up to the World Cup, with there being concerns over workers’ rights.

In addition, there have been frequent complaints from human rights organisations regarding abuse carried out by the state.

Van Gaal was speaking ahead of Holland’s upcoming friendlies against Denmark and Germany after securing their place at the tournament after finishing top of their qualifying group.

Gareth Southgate recently expressed fears that England’s LGBT fans may not travel to Qatar, where homosexuality is illegal.

‘I found the human rights issues quite overwhelming to piece together. But I think I’m quite clear on the areas of concern about this tournament.

‘The building of the stadiums was the first and there’s nothing we can do about that now. There are obviously ongoing concerns about the rights of workers and the conditions they live in.’

‘It seems universally accepted that’s better than it was but not in the position where people think it could be and that maybe policies that have been put in place are not always enforced as they might be.

‘Then there are the issues that potentially threaten our fans when they travel: the rights of women and the rights of the LGBTQ+ community in particular. Sadly, through discussions that I’ve had, I don’t think some of those communities are going to go and that’s a great shame.’

“Satan you have failed again” – Nigerian Beauty Queen rejoices after physically killing a snake that previously appeared in her dream.