A Nigerian man has sparked outrage on the micro-blogging platform, Twitter, after he revealed why he’s in dire need of a wife.

The young man simply identified as Scholar shared a disturbing video of his dirty room with his belongings scattered around, and noted that he needs a wife to help keep it clean.

“I really need a wife,” he captioned the video.

When netzines told him that the state of his room shows that he needs a maid, not a wife, he responded that a wife is the same as a maid. 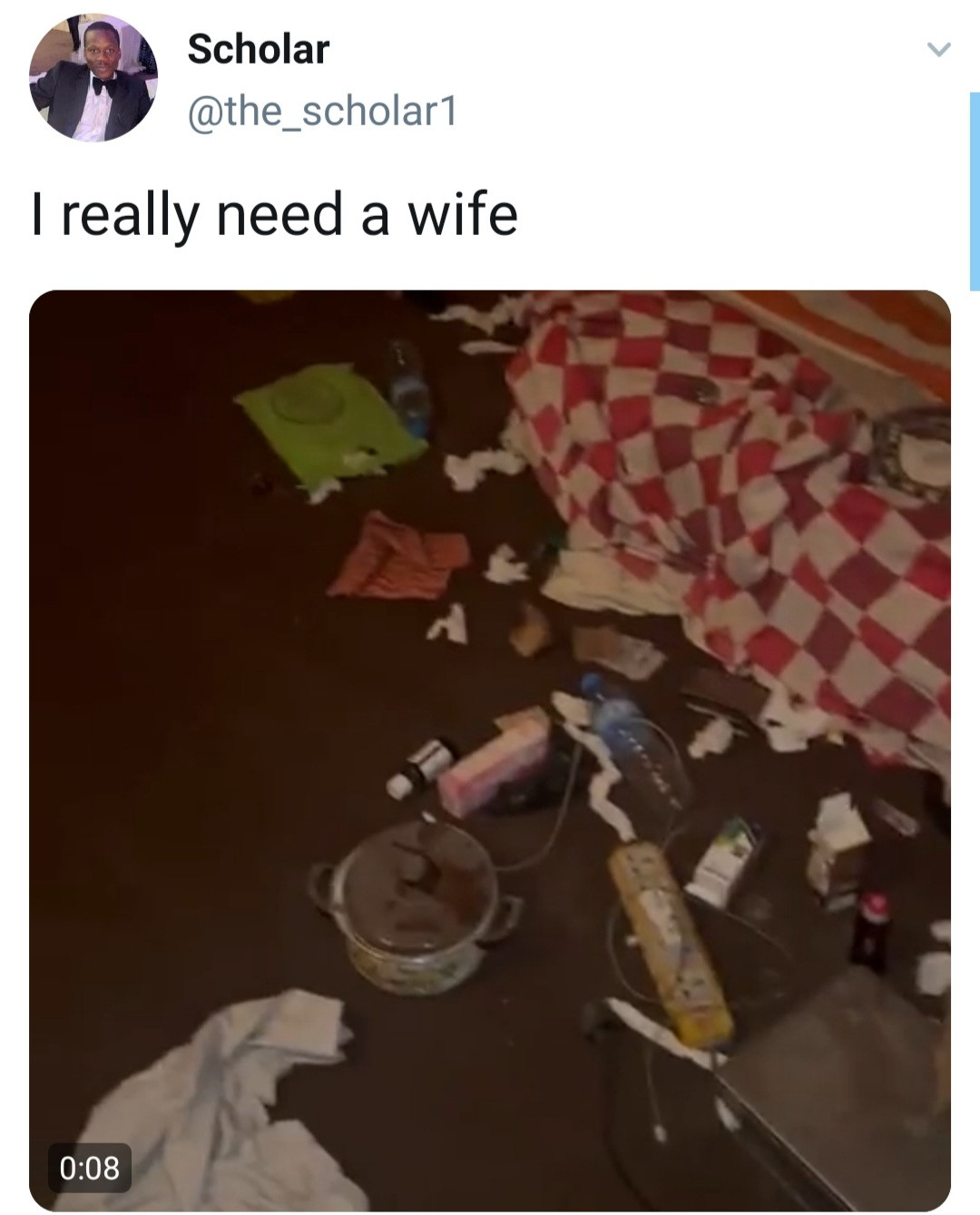 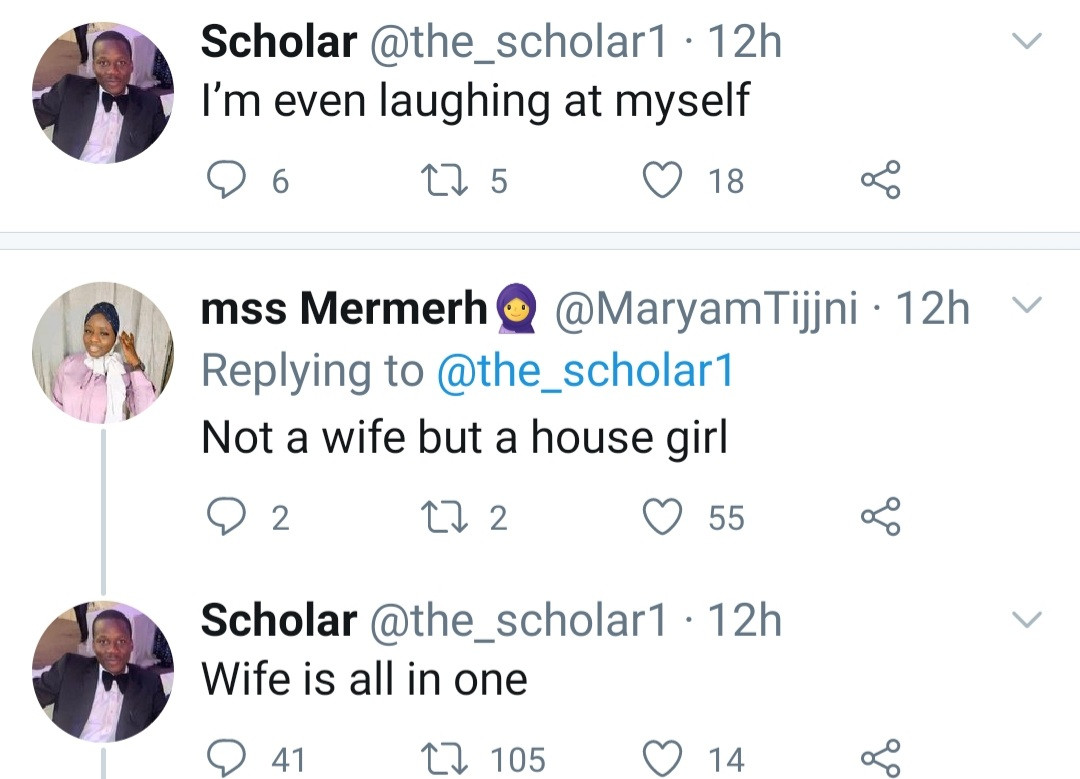 See more reactions as you scroll, 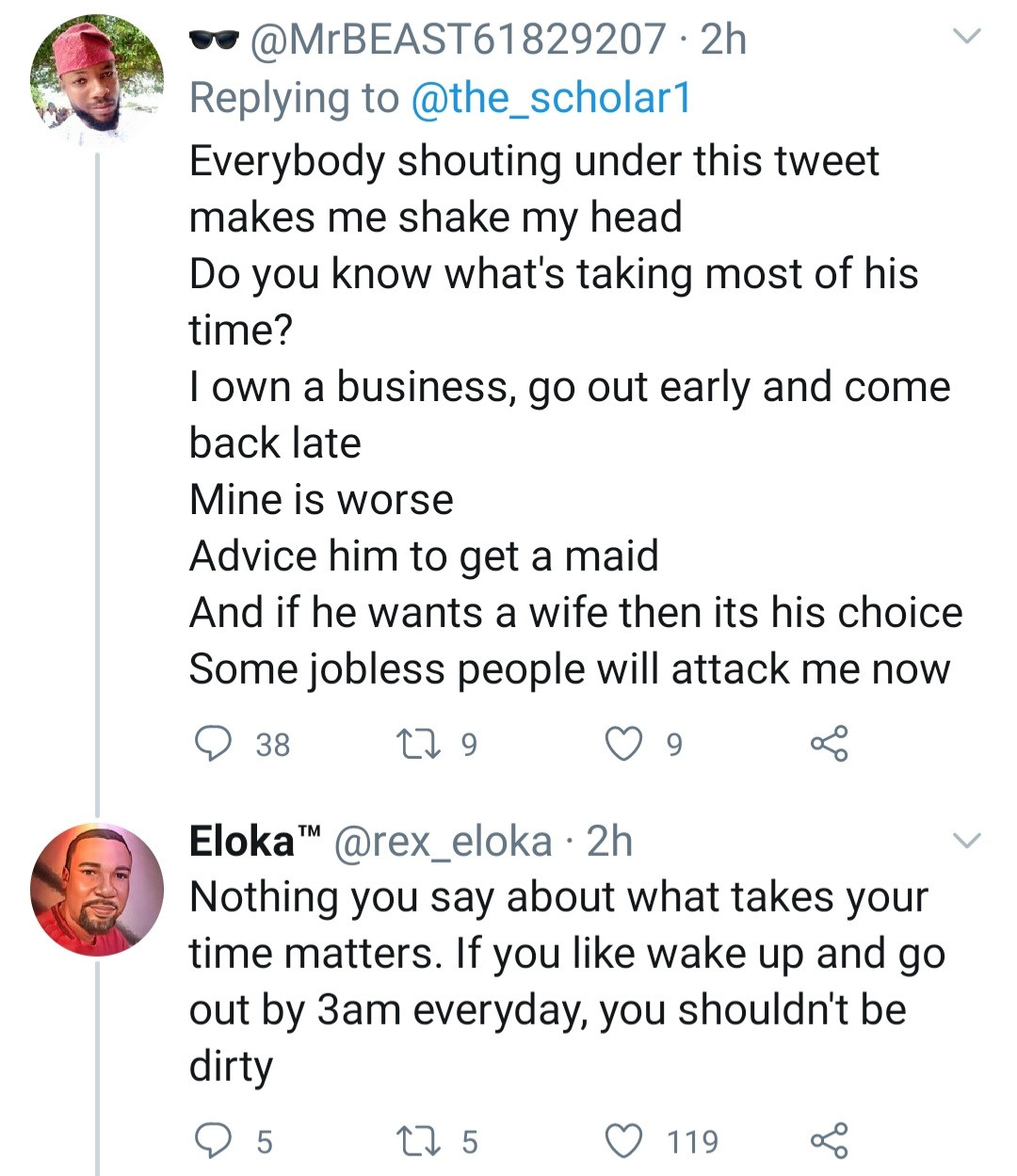 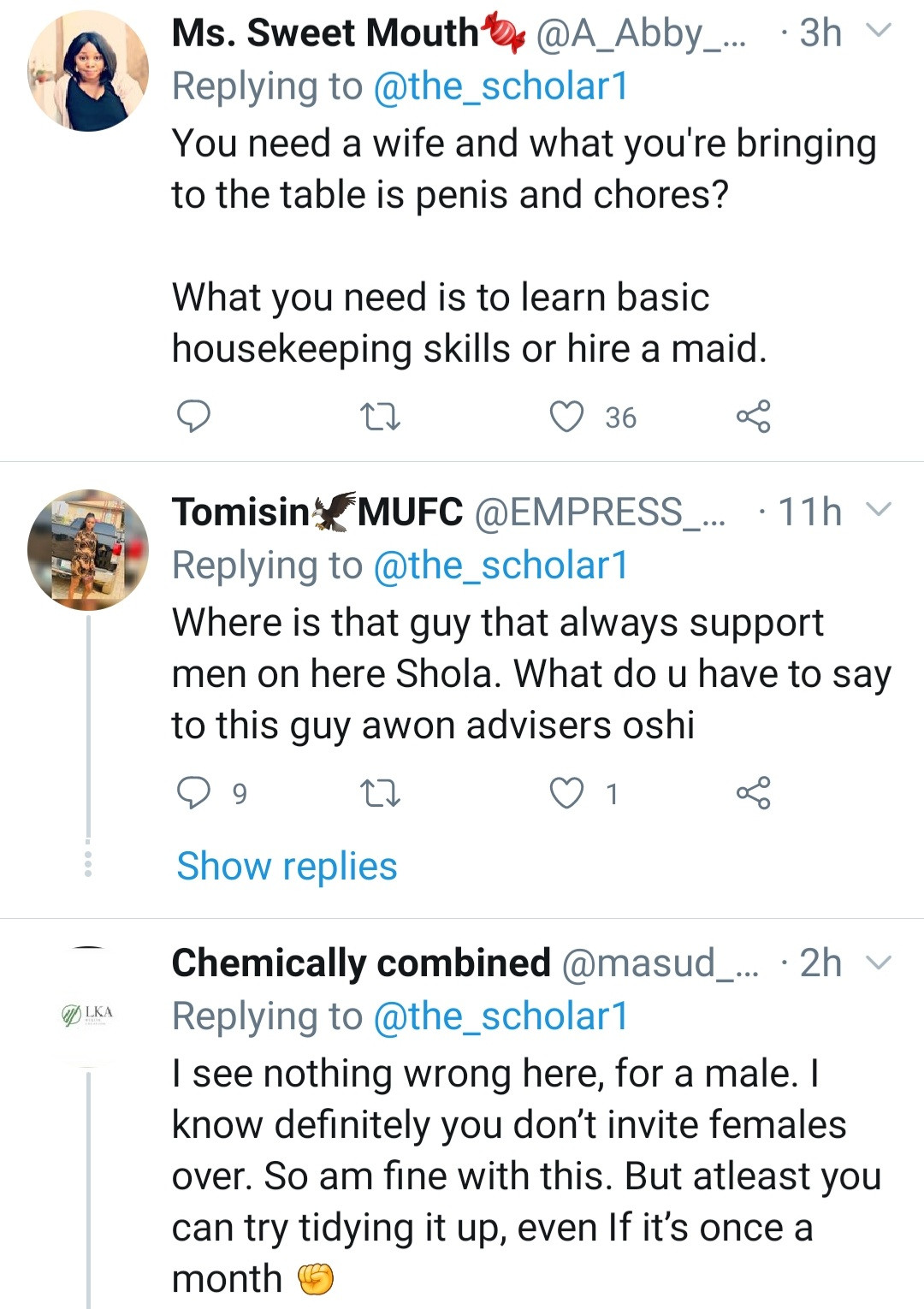 In other news, former Big Brother Naija housemate, Saga Adeolu, has opened up on his new reality after participating in the reality show and how it has affected his finance.

The fitness enthusiast granted an exclusive interview with Piggyvest where he disclosed that he now pays N5.1 million for house rent as against N200k before the show.

According to him, although he now earns more than he was earning before the show, his expenses has also skyrocketed.

“I’m off the market” – Rapper, Eva Alordiah tells admirer who asked to take her on a date

“May your killers never find peace”