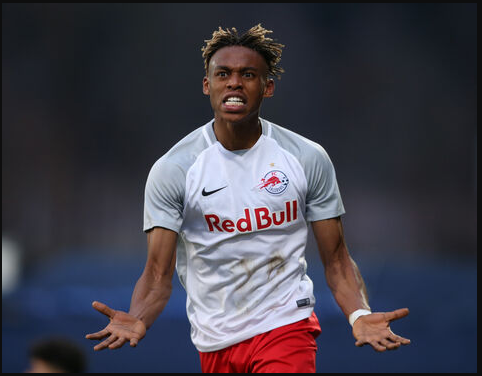 Chukwubuike, 20, who was born in Nigeria, but plays for the Austrian national team is enjoying a breakout season with the Austrian champions.

His progress in Austria’s top division has seen several clubs like Leicester’s Premier League rivals Southampton, Marseille, and Monaco in France and a number of Bundesliga sides coming for him.

He spent the second half of last season on loan at Swiss side FC Gallen, netting eight goals in 18 games, and has returned to Salzburg this season.

In total, he has made 35 appearances during 2021/22 though only 16 of those have been starts with Adamu scoring seven times and setting up three more goals.

Born in Nigeria, Adamu represents Austria at the international level and has played for the Austria U18, Austria U19, and Austria U21 teams. He made his first appearance in the Austria national football team on 12 November 2021 in a World Cup qualifier match vs. Israel

Actress, Nancy Isime reacts after being accused of dating a married man and chasing his wife away