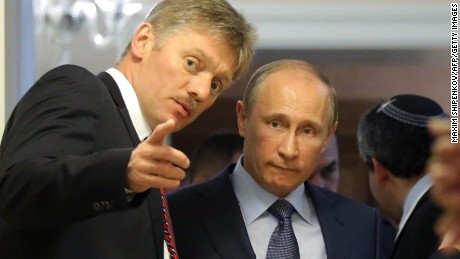 Russia refuses to rule out use of nuclear weapons

The Russian government has refused to rule out the use of nuclear weapons while admitting that president Vladimir Putin has yet to achieve any of his military goals in Ukraine since the invasion began in February 24.

Putin has previously hinted at using nuclear weapons against nations that he saw as a threat to Russia.

Back in February, the Russian President said in a televised statement, “No matter who tries to stand in our way or all the more so create threats for our country and our people, they must know that Russia will respond immediately, and the consequences will be such as you have never seen in your entire history.”

Putin then said in a meeting with Russian defense officials that “officials in leading NATO countries have allowed themselves to make aggressive comments about our country, therefore I hereby order the Minister of Defense and the chief of the General Staff to place the Russian Army Deterrence Force on combat alert.”

But in an interview with CNN’s Christiane Amanpour on Tuesday, March 22,   When asked under what conditions Putin would use Russia’s nuclear capability, Dmitry Peskov, Putin’s chief spokesperson (pictured top left),  replied, “if it is an existential threat for our country, then it can be.”

When asked what Putin thought he had achieved in Ukraine since the invasion, Peskov answered:

“Well, first of all, not yet. He hasn’t achieved yet.”

The spokesman also claimed that the “special military operation” which is the Kremlin’s official name for Russia’s invasion in Ukraine — was “going on strictly in accordance with the plans and the purposes that were established before hand.”

Peskov then added that the “main goals of the operation” are to “get rid of the military potential of Ukraine,” to ensure Ukraine is a “neutral country,” to get rid of “nationalist battalions,” for Ukraine to accept that Crimea — annexed by Russia in 2014 — is part of Russia and to accept that the breakaway statelets of Luhansk and Donetsk “are already independent states.”

Russia’s war with Ukraine is now in its fourth week.