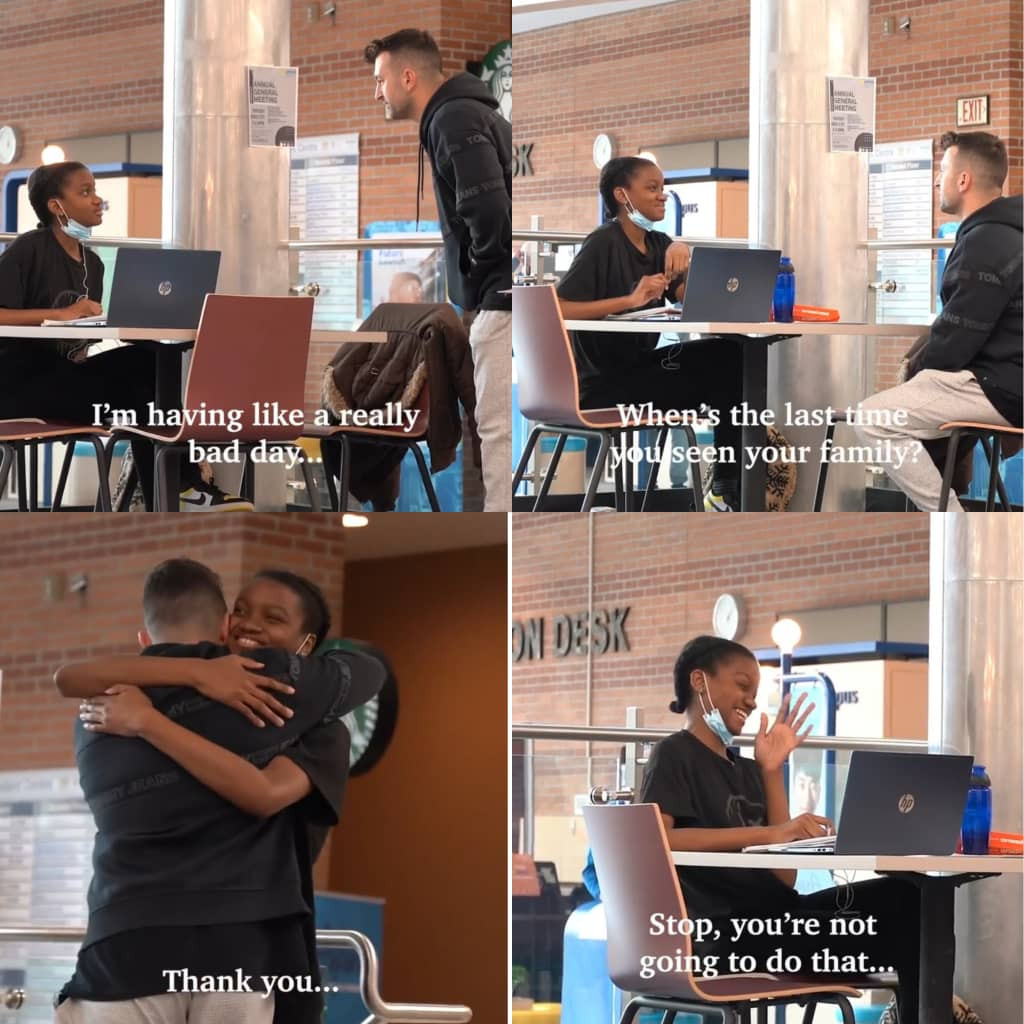 A Nigerian girl identified as Jenny has been rewarded with $1,500 after she agreed to talk to a random man who approached her because he was having a ”bad day”.

So the man who happened to be a content creator had gone to JJenny’s table in what looked like an eatery and asked if he can talk to her as he was having a ”bad day”.

Jenny immediately accepted to talk him out of his bad day. He later asked her where she was from and when last she had seen her family and if she would love to go see them again.

Jenny responded she is from Nigeria and hasn’t seen her family since 2019. She also implied it will cost much to visit them.

When she mentioned how much it would cost to travel home, the Caucasian man pulled out his wallet and gave her the money. Jenny was pleasantly surprised by his kind gesture.