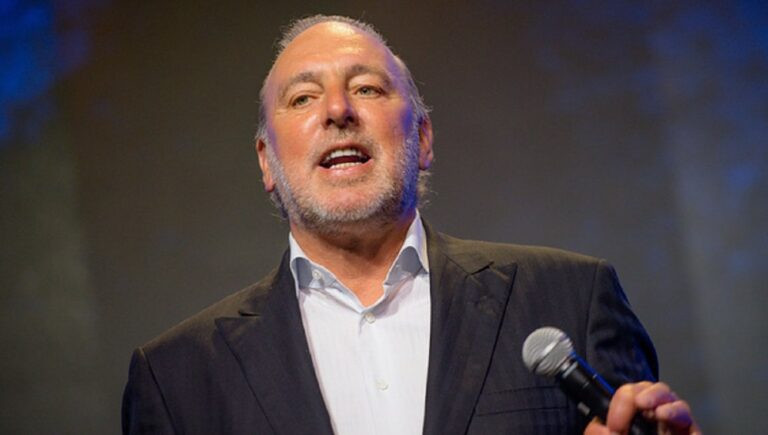 Australia’s biggest evangelical church said on Wednesday March 23, that its founder had resigned after acting inappropriately toward two women.

In the first, Mr Houston sent text messages while “under the influence of sleeping tablets” to a female staff member, who subsequently resigned, the church said in a statement.

“If I was with you, I’d like to kiss and cuddle you,” he wrote, according to a church letter leaked to ABC News.

In the second, he knocked on the hotel room door of a non-church member during Hillsong’s annual conference and “spent time” with a woman for 40 minutes. The church chalked that up to excessive anti-depressant medication mixed with alcohol.

The statement released by the church read;

“We would like to advise you that Pastor Brian Houston has resigned as Global Senior Pastor of Hillsong Church and the board has accepted his resignation.

“We understand there will be much emotion at this news, and we all share these feelings. Irrespective of the circumstances around this, we can all agree that Brian and Bobbie have served God faithfully over many decades and that their ministry has resulted in millions of people across the world being impacted by the power, grace, and love of Jesus Christ.”

Over two decades, Hillsong grew from a small church in Sydney to a global brand with over 150,000 weekly attendees at its churches in 25 countries. Its brand of Christianity, which focused on rock concert-type services and attracting celebrity parishioners, proved enormously popular.

Wednesday’s statement noted that Hillsong Church “was birthed” out of Brian and and his wife, Bobbie’s “commitment to the call of God” and asked congregants to pray for the entire Houston family “during this challenging time”.

Last week Hillsong confirmed in a statement and in an extraordinary meeting involving 800 staff members that it was investigating two complaints about inappropriate conduct involving Houston, one from a decade ago and another from 2019.

Houston previously stepped down from ministry duties in January amid charges of concealing child sex offenses related to allegations that his preacher father, Frank Houston, had abused a boy over several years in the 1970s.