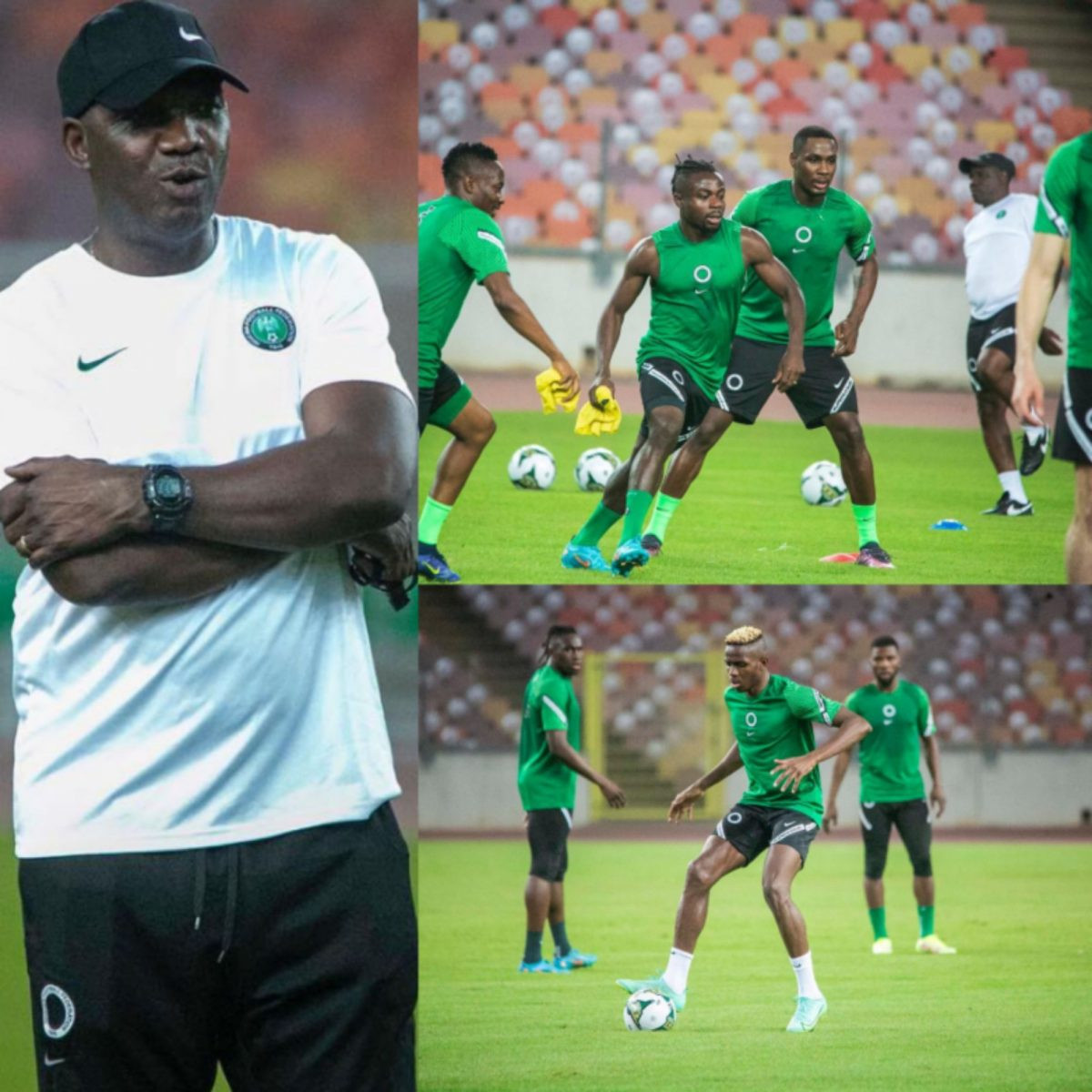 Ahead of the 2022 World Cup playoffs first leg match between Ghana and Nigeria in Kumasi on Friday, March 25, Super Eagles coach, Augustine Eguavoen, has expressed satisfaction with his players saying the team is ready.

The winner of the two legged tie will book in spot in the 2022 world cup holding in Qatar later this year and Eguavoen says judging by the response in camp and training session, the team is ready to go and do the nation proud.

Speaking after the Super Eagles first training session in Abuja on Tuesday ahead of their Kumasi trip, Eguavoen explained that Maduka Okoye who fell ill might still join the team, while Innocent Bonke has replaced the injured Wilfred Ndidi.

“I got a message from Maduka Okoye, that he is going to come but we have a backup in John Noble who is is going join us. If Maduka recovers and joins us there is no problem, but we have Noble as a backup.

“Hopefully, we’ll have two more training sessions before the game, anything more than that will be suicidal. It is more of tactical talks than physicality now. We are ready to go,” Eguavoen concluded.

The Super Eagles will host the Black Stars in the reverse fixture at the Moshood Abiola National Stadium Abuja on Tuesday, March 29 2022.

Tottenham player, Chioma Ubogagu banned from football for nine months after being charged with anti-doping violation

Suspected serial fraudster arrested while hiding in a water tank

“My husband changed after we applied for his Green card. He didn’t kiss nor touch me for a whole year” – American wife of comedian Mr Patrick calls him out