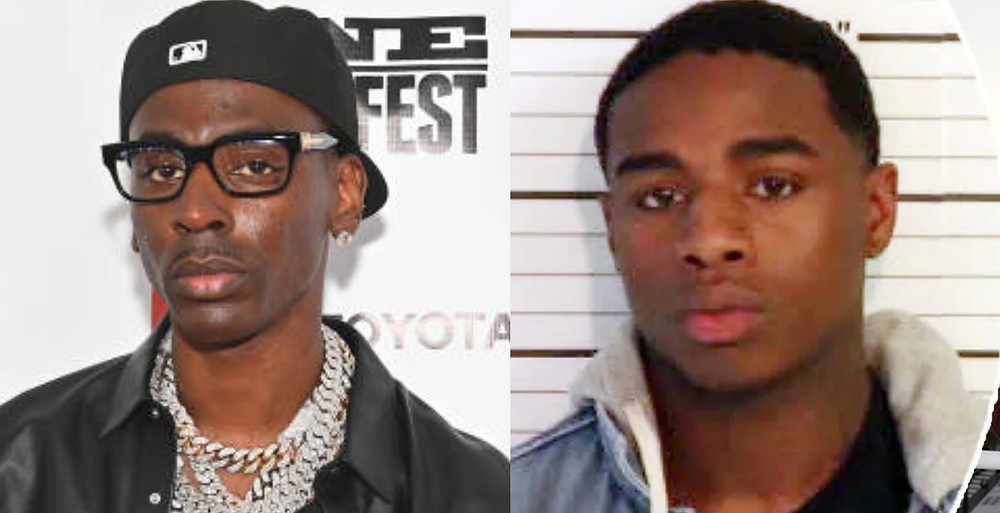 A suspect in the murder of rapper Young Dolph has allegedly been attacked at Tennessee’s Shelby County Jail.

Justin Johnson, the 23-year-old who is said to use the stage name Straight Drop was identified as a suspect in the November shooting when he shared a music video filmed at the residence where police found a getaway car tied to the murder.

Johnson, who is charged with first-degree murder, was reportedly punched in the face by a fellow inmate while on a call in the visitation area of the jail. His lawyer Juni Ganguli confirmed the incident and said Johnson was not seriously injured.

According to TMZ reports, there was no known motive for the attack.

The Shelby County Sheriff’s Office confirmed there was an incident on Friday March 18, involving Johnson, which is currently being investigated. The department also reports no injuries.

Johnson, who claimed innocence in Dolph’s killing and reportedly promised to turn himself in back in January, was arrested for the murder along with 32-year-old Cornelius Smith, who was also hit with charges of first-degree murder, attempted first-degree murder, being a convicted felon in possession of a firearm, employment of a firearm and theft of property over $10,000.

A man named Shundale Barnett was arrested alongside Johnson and charged with being an accessory. Devin Burns and Joshua Taylor, both 26, were announced as wanted in connection to the murder in February.

“If you’re a Nigerian woman planning to be successful, add Ashawo and Olosho to your plans” – Nancy Isime berates those attributing women’s success to prostitution