Actor, Mr Ibu’s wife hailed for catering to him on his sick bed (video)

Nollywood actor, Mr. Ibu’s wife, Stella, has been lauded for caring for her husband, who is currently down with an undisclosed ailment.

Recall that the actor’s daughter had taken to social media to reveal that the veteran thespian is ill and urged his fans to pray for him. 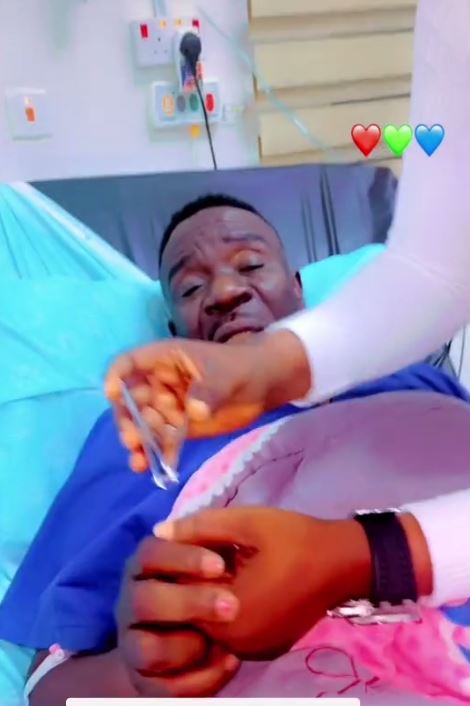 In a video that was shared online, his wife Stella Maris Okafor, is seen catering for her husband on his sick bed.

The video was shared on Mr Ibu’s official TikTok page with the caption, “And the award of the best wife of the year goes to realiburess!
Momma is taking good care of daddy at the hospital.”

In other news, comic Nollywood actor, John Okafor better known as Mr Ibu was spotted in a video shared by his daughter, Jasmine telling her she’s lucky she doesn’t resemble him.

The classic comic actor who was teasing his daughter, is heard telling the lovely she’s lucky she doesn’t look like him cause it would have been “bad market”.

“The high point of my career” – Actor, Yul Edochie excited as he gets endorsement from his father, Pete after 18 years (Video)