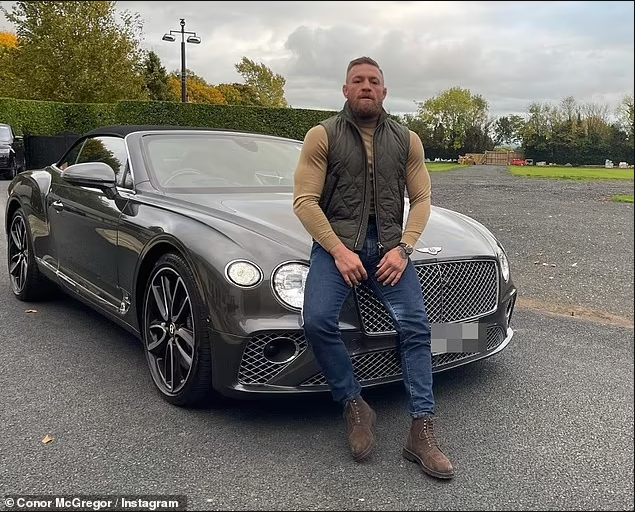 Conor McGregor has been arrested for alleged dangerous driving in his £140,000 Bentley Continental GT on a motorway in west Dublin last night.

The Irish MMA star is understood to have been pulled over by Gardai while travelling to the gym along the N4 between Lucan and Palmerstown on Tuesday. His supercar was seized but has since been handed back to him, reported the Irish Independent.

The 33-year-old was charged with dangerous driving and is due to appear at Blanchardstown District Court next month.

A spokeswoman for McGregor told MailOnline: ‘Mr. McGregor was driving to the gym when he was stopped by Gardai for alleged road traffic violations.

‘He passed the drug and alcohol tests taken at the station.’

A Garda spokesman confirmed that a man was arrested in relation to the incident and taken to Lucan Garda Station. He has since been released.

In a statement, the police service said: ‘Gardai arrested a man aged in his 30s in relation an incident of dangerous driving in the Palmerstown area yesterday evening, Tuesday 22nd March 2022.

‘The man was taken to Lucan Garda Station where he was later charged.

‘He has been released pending an appearance before Blanchardstown District Court at a later date.’