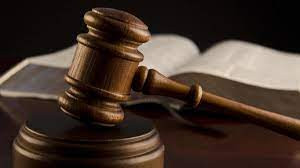 A Magistrates’ Court in Ota, Ogun Stae has ordered a 40-year-old housewife, Biola Joshua, to sweep her son’s school, Iju-Ebiye High School, for six months for invading its premises with thugs.

The police had arrested Joshua after she invaded the school with others at large on March 11, 2021, and beat the principal and one other person for scolding her son.

Following her arrest, the police later dragged her before the magistrate’s court and charged her with conspiracy, assault and breach of peace.

Delivering judgement in the case, the Magistrate, Shotunde Shotayo, ordered the convict to sweep the school from 8am to 11am every day. He also directed that the school open a logbook for the convict, where her daily activities would be recorded for the six-month period.

Shotayo, however, gave Joshua a fine option of N30,000 to be given to the injured principal and school official.