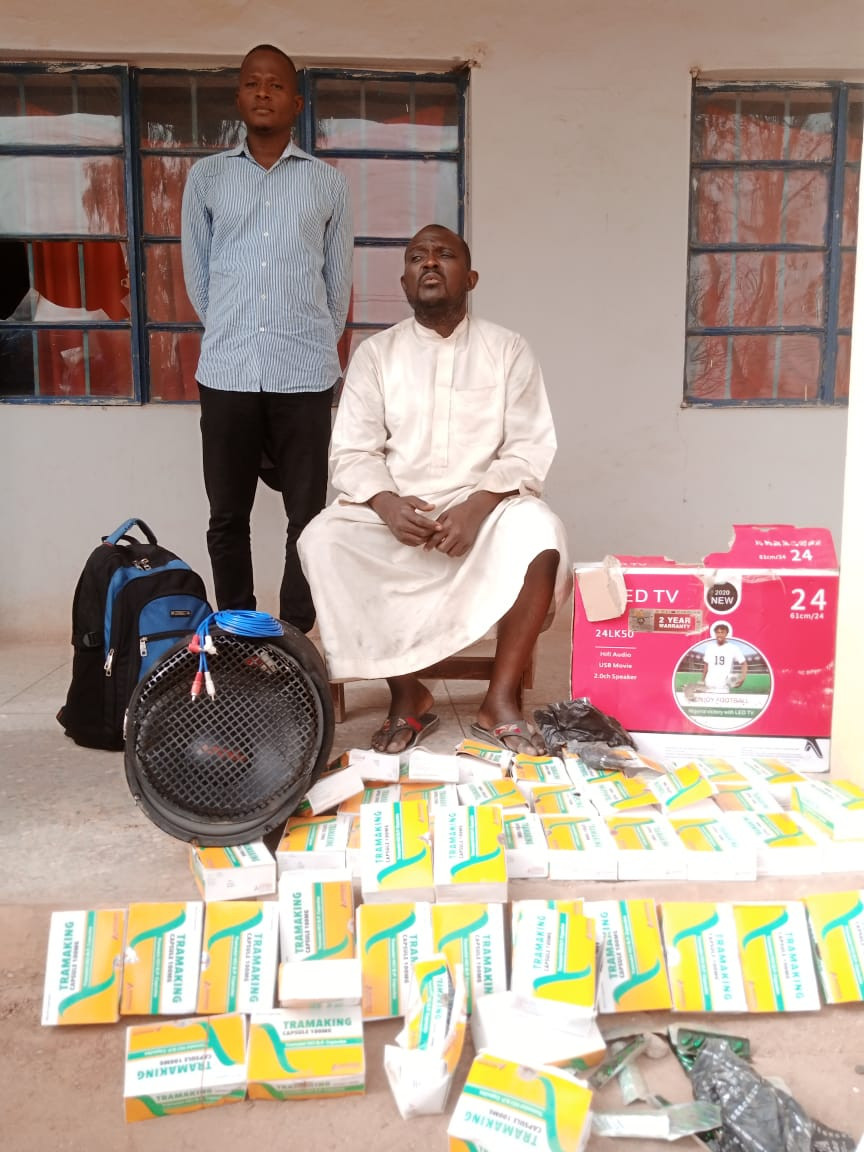 Men of the Adamawa state police command today March 24 arrested a suspected drug dealer and a fake NDLEA officer in the state.

A statement released by DSP Suleiman Nguroje, says the men identified as Kalbiru Muhammed, 41, and Musa Abubakar, 29, were arrested while on their way to deliver the hard drugs found on them to their target in Yola.

The drugs were concealed in a led Tv carton and a sound system (speaker)box to beat security checks and escape arrest.

Nguroje added that the arrested drug dealer and his collaborators will be properly investigated and prosecuted accordingly.

Watch a video of the suspect after his arrest below..

BBNaija star, Nengi seemingly reacts to an alleged report linking her to a married man