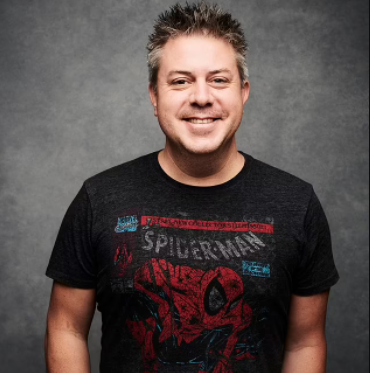 An author whose wife took their son then divorced him has come out to say that she was right for doing so.

Author Matthew Fray admitted that he did things that would have made his wife feel mistreated, like leaving dirty dishes in the sink and leaving his clothes lying around.

He said he was bitter at the time she left with their son after 12 years together and he felt worse when she started seeing another man, but he now understands and believes she made a wise choice.

He added that at the time, he believed he was a good man but said he now knows that many good men can be terrible at marriage.

He wrote on Dailymail: “Just after my 34th birthday, my wife left me, taking our four-year-old son with her. I was utterly devastated. I cried and shouted and blamed her for ruining my life.

“When she started seeing someone new, I was physically sick at the thought of this man playing happy families with her and my boy.

“And yet today, nine years on, I believe she made a wise choice. Given her experience of our 12 years together, she did the right thing by leaving me. When someone feels mistreated and unloved, it’s sensible and healthy for them to consider whether choosing that every day forever is the right thing to do.

“So what terrible thing did I do exactly? How did I mistreat my poor wife? Well…  I often left used drinking glasses by the sink. Occasionally there were plates, too, deposited on the counter just inches from the dishwasher. Sometimes I also failed to put my clothes away and instead left them draped on furniture or even on the floor. That’s what made her leave me.

“Of course, when you put it that way, it sounds hugely unreasonable. I can hear you now: she walked away because you left dishes by the sink? Wow, she needs to get her priorities in order.

“And that’s what I thought, too, while I was married to her. I thought she should recognise how petty and meaningless it was in the grand scheme of life, and I repeated that train of thought for the better part of 12 years, waiting for her finally to agree with me. But she never did.

“The thing is, the glass by the sink did matter to my wife — she hated it sitting there — but it wasn’t just about the glass. It wasn’t about dishes left for her to sort, or laundry on the floor. My wife wasn’t some insufferable nag who had to have her way all the time.

“It was about what these things said to her. And what they said was: I would always choose my feelings and preferences over hers. That she was married to someone who did not respect or appreciate her.

“That while she rarely made a decision without thinking about how it might affect me or our son, I barely ever considered how my actions affected her. That not taking four seconds to put my glass in the dishwasher was more important to me than she was.

“Of course, at the time I didn’t know any of this. I thought I was a good man. I am a good man — but the fact is, good men can be terrible at marriage and frequently are. That’s a harsh lesson but it’s one I firmly believe most — all? — men need to hear.

“The truth is, living in a broken marriage or going through divorce is one of the most disruptive and painful experiences a person can encounter. And it’s not unlikely to happen.”

He said his wife leaving him made him tell himself the truth and he realized his errors.

He continued: “After my wife left me, it felt as though my life was in tatters. While she seemed happy with her new relationship, I was binge-watching Netflix through my tears and self-medicating with vodka.

“One night, things felt so bleak, I phoned a therapist, who told me to start a journal and get it all out on paper.

“So I did — and because I was drunk, I posted it on the internet. That’s how I started blogging about my divorce and how, finally, I started to ask questions about why my wife had left me.

“I read books. I listened to other people tell their stories. And as more and more men started to engage with the blog, I realised how much we all had in common. My wife and I weren’t weird or a statistical anomaly; we were the norm.

“The fact is, when relationships become strained, it doesn’t happen quickly. The strain sneaks in slowly. Most of us legitimately love our spouses and want our marriages to succeed; we’re not intentionally sabotaging our most important relationships.

“Instead, we’re doing it pinprick by pinprick. Love doesn’t die in a loud, dramatic way. It’s not bright or flashy. The ticking timebombs that destroy our marriages are often disguised as harmless, innocent, everyday behaviours — like leaving glasses by the sink.

“The reason we can’t see this is because far too many of us lack the number one ingredient for a lasting marriage.

“I didn’t realise my wife was moving incrementally closer to ending our marriage every time she saw that glass, because I stubbornly refused to look at the world from where she stood.

“At root, I didn’t value her feelings. On the contrary, I treated them as silly, ‘girly’, an inconvenience. On autopilot, as a matter of habit, I defended my point of view and effectively called hers wrong, overemotional or crazy.

“I think I believed that my wife should respect me simply because I had exchanged vows with her. I loved her but I didn’t regard her individual experiences as equally valid to mine.”

Matthew said the “end result of men failing to empathise or even notice what their spouses are feeling and doing is that wives are left to carry the full burden of responsibility for making the marriage and family work on a day-to-day level”.

He explained: “My wife spent most of her life working 40-plus hours per week at a day job, only to come home and have to manage and perform the lion’s share of the household tasks, too.

“No one said thank you. My son and I frequently undid whatever nice thing she’d just accomplished (cleaning floors, wiping pee dribble from toilet rims, rinsing toothpaste from bathroom sinks) and I completely failed ever to acknowledge it.”

He said the reason for many problems in marriages is that boys and girls are raised differently.

He wrote: “Why do women care more? Not all of them do, of course, but I do believe boys and girls are raised differently and have different behaviour modelled for them.

“Girls are often encouraged to behave in ways that contribute to healthy relationships. Boys, too often, are not. They are not taught that behaviour that’s ‘acceptable’ for boys will inadvertently erode trust in their future relationships. Boys are set up to fail.”

He concluded that if he had known that love was more than just saying the words, that it is actually doing things to show they love and respect their partners, he would still be married today.

He wrote: “In the end, it’s simple. I should have communicated my love and respect for my wife by not leaving tiny reminders each day that she wasn’t considered or respected.

“Caring about her should have equalled putting the glass in the dishwasher, and reliably taking care of an equal share of child-related stuff so she could chill out and worry about one less thing.

“It should have meant picking up the washing and thoughtfully not treading dirt into the floor she had worked hard to clean.

“Loving someone exists in a million little things that say ‘I love you’ more than speaking the words ever could. If I’d worked that out years ago — and how I wish I had — I would still be married today.”

Russia to expel US diplomats in retaliatory move