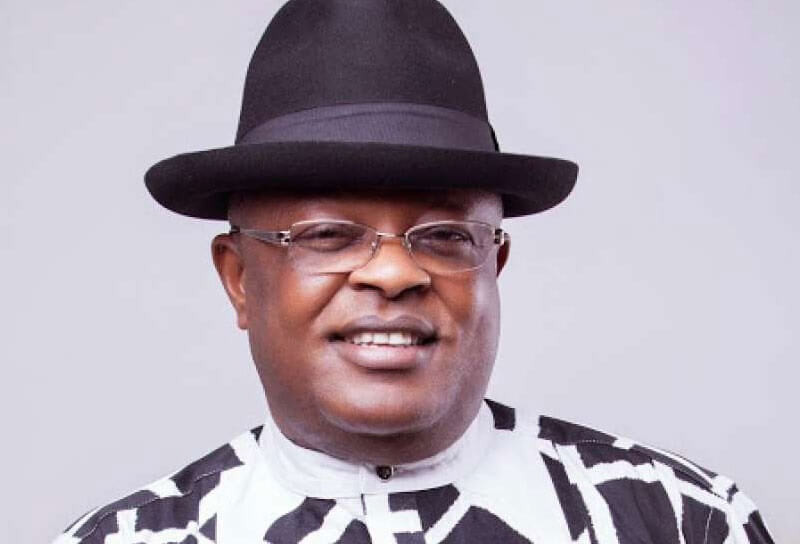 Governor Dave Umahi of Ebonyi state has said that he is not worried about the recent court judgment removing him from office.

On March 8, a Federal High court sitting in Abuja ordered the removal of Umahi and his deputy, Eric Igwe, over their defection from the Peoples Democratic Party (PDP) to the All Progressives Congress (APC). Read here.

Speaking on Wednesday March 23, after a meeting with President Muhammadu Buhari in Abuja, the Ebonyi governor said it is against the constitution for him to have been sued in the first instance.

God allowed it so that where I couldn’t reach in terms of my consultation [on contesting the presidency], this situation has made it possible for me to reach those places, and to truly see that Nigerians love me and they want me and that is the reason for that.

And I want to thank the PDP and even the man that boasted that he did that hatchet job. If the people that crucified Christ knew that it would bring salvation to the whole world, they wouldn’t have done that.

So, the hatchet man that boasted is like Judas Iscariot and I have no worry because the constitution is clear. I have confidence in the judiciary and you can see I have added some weight in these few days and I am looking more handsome.”he said