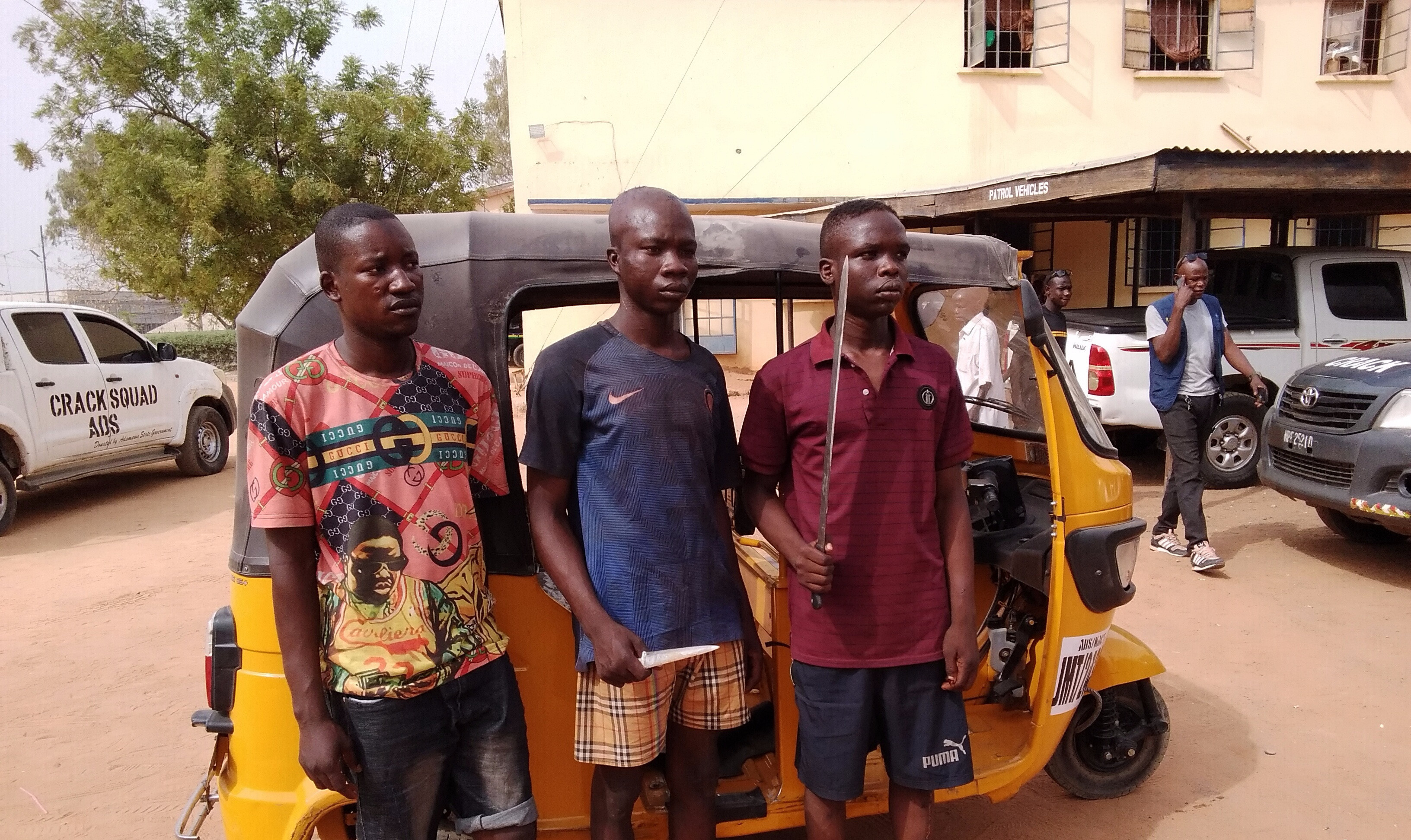 The police in Adamawa State has rescued three notorious ‘Shila’ boys from being lynched by angry mob in Yola.

It was gathered that the suspects were nabbed after a failed attempt to snatch a phone from a man at Malamre in Yola North Local Government Area on Tuesday, March 22.

The boys indentified as Muhammed Usman, 22, of Zango street, Musa Adamu, 19, Mohammed Salihu, 19, of Majalisa street in Yola North LGA and a fourth suspect, armed themselves with a cutlass and knives and went out for their routine operation on a tricycle around Malamre.

The hoodlums sighted the man with android phone trekking and attacked him. Usman, who was riding the tricycle, stopped close to the man while the others jumped out of the tricycle and attempted to snatch the phone from him.

The victim engaged the boys and also raised alarm which attracted people in the area. They surrounded the boys and apprehended three of them while one managed to escape.

The mob waa said to have attempted to burn the boys alive as well as set the tricycle ablaze but were prevented by the police who were on patrol close to the scene.

The boys who were paraded at police headquarters on Wednesday, March 23, confessed to committing the crime, saying that they normally sell the phones they snatch from people to one Alhaji.

Spokesperson of the command, DSP Suleiman Yahaya Nguroje, who confirmed the incident said that the suspects will be charged to court after investigation.