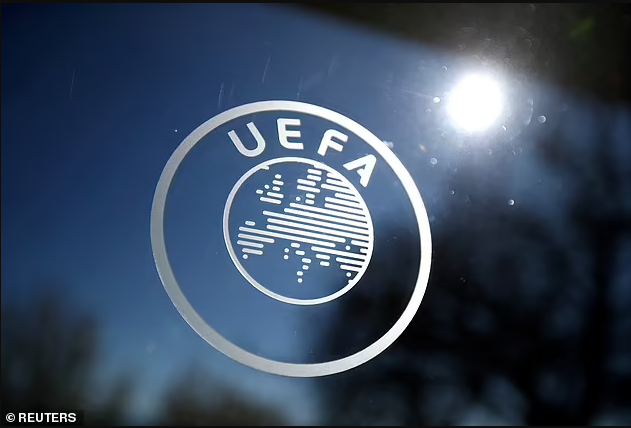 Russia are set to be suspended from UEFA after controversially showing interest to bid for either the 2028 or 2032 European Championship.

In what is being viewed by UEFA as an overtly political act, Russia and Turkey each submitted late declarations of interest just before Wednesday’s 5pm deadline to try to prevent the UK and Ireland’s joint bid from winning hosting rights unopposed.

UEFA had been eager to appoint the hosts without a competitive process with the Home Nations bid viewed as certainties to win, as revealed by Sportsmail, so Russia’s 11th-hour move has caused consternation at their headquarters in Switzerland.

Italy are expected to host the Euros in 2032 and UEFA are set to prevent Russia from bidding at all by kicking them out. Article 11 of their constitution says that suspended associations cannot bid to host tournaments.

Asked if Russia would be allowed to bid for the Euros, a UEFA spokesperson said: ‘The UEFA Executive Committee will remain on standby to convene further extraordinary meetings to reassess the legal and factual situation as it evolves and adopt further decisions as necessary.’

UEFA had planned to announce the Home Nations as hosts as early as next month, but they may have to wait until next year now if Turkey follow through with their intention of bidding.