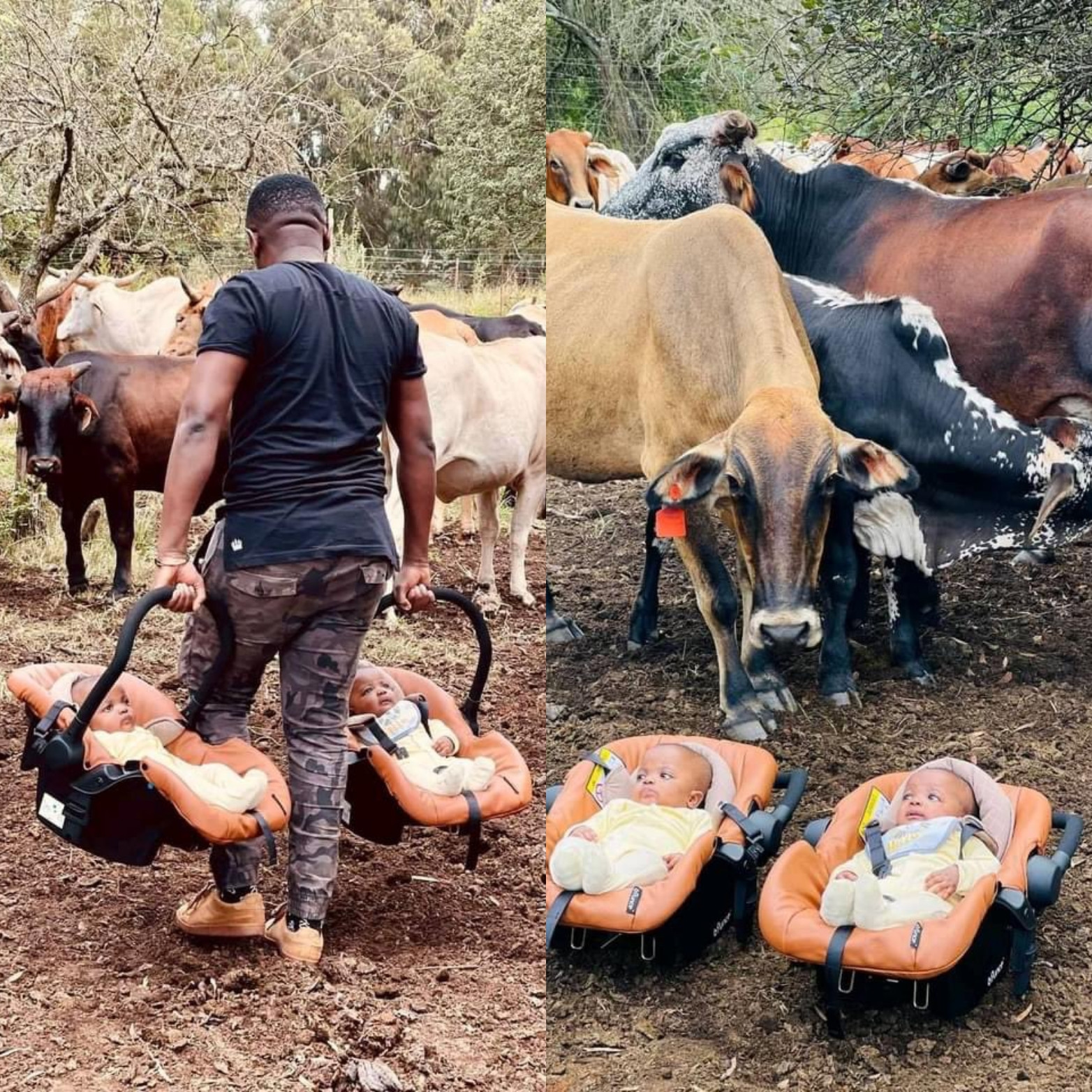 South Africans have taken to Twitter to share an unusual practice referred to as the “African DNA test”.

A father was photographed taking two babies to a farm and leaving them on the floor, surrounded by cows.