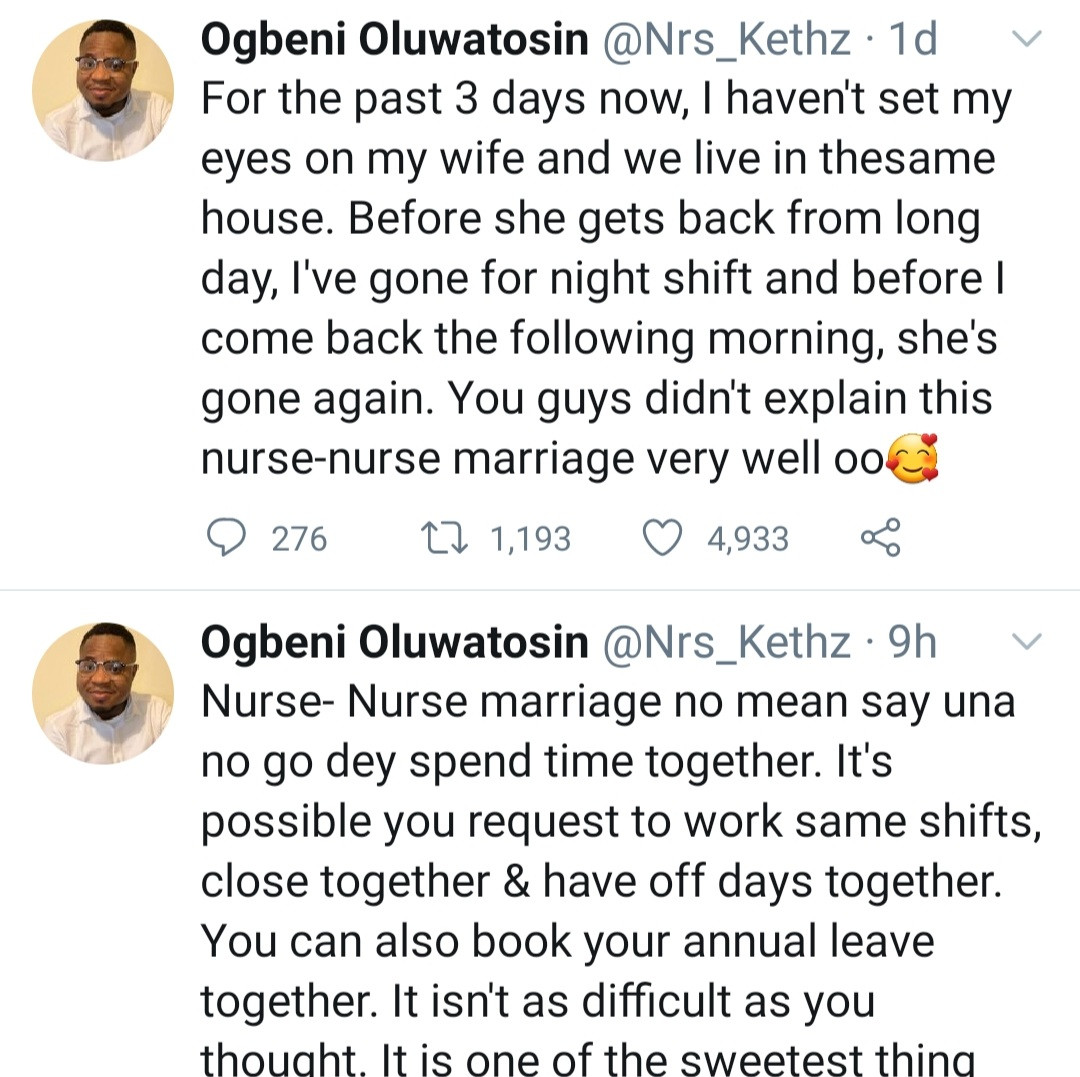 A nurse has taken to Twitter to reveal the downside of being married to a fellow nurse.

The user, who goes by the name Ogbeni Oluwatosin on Twitter, is a Nigerian nurse working in the UK. He is also married to a nurse.

However, he complained that he hasn’t seen his wife for days, despite living in the same house, due to the nature of their job.

He wrote: “For the past 3 days now, I haven’t set my eyes on my wife and we live in thesame house. Before she gets back from long day, I’ve gone for night shift and before I come back the following morning, she’s gone again. You guys didn’t explain this nurse-nurse marriage very well oo.”

Some people reacted, telling him to stop his wife from working, but he wouldn’t have that.

He tweeted: “You want your wife to always be at home and still be working at thesame time? Marry a nanny or a chef, let her be working from home.”