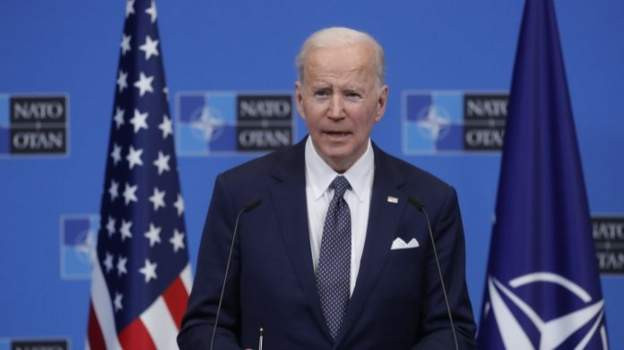 US would respond if Russia uses chemical weapons

U.S. President, Joe Biden has stated that the United States will respond if Russia were to use chemical weapons in its invasion of Ukraine.

Accordingly to Biden,  who attended a NATO, EU and G7 summit in Brussels on Thursday, March 24, the US’ response would depend on the kind of weapons of mass destruction, Russian president, Vladimir Putin will deploy.

“So you’ve warned about the real threat of chemical weapons being used. Have you gathered specific intelligence that suggests that President Putin is deploying these weapons, moving them into position or considering their use? And would the US or NATO respond with military action if he did use chemical weapons?” the Associated Press asked the US President during his news conference.

Biden responded that he could not provide information on intelligence, but added on the issue of chemical weapons;

“We would respond if he uses it. The nature of the response would depend on the nature of use.”

Also earlier, NATO Secretary General Jens Stoltenberg said the alliance will reinforce its chemical, biological and nuclear defense systems on fears Russia is planning to use such weapons against the people of Ukraine.

Biden said “we’re determined to sustain” efforts outlined during the emergency NATO meeting right after Russia’s invasion of Ukraine and “to build on them.”

“The United States is committed to provide over $2 billion in military equipment to Ukraine since I became president. Anti-air systems, anti-armor systems, , ammunition and our weapons are flowing into Ukraine as I speak. And today, I am announcing the United States is prepared to commit more than $1 billion in humanitarian assistance to help get relief to millions of Ukrainians affected by the war in Ukraine,” Biden said.

Biden said the US is ready to welcome 100,000 Ukrainian refugees in to the country.

Biden also said Putin thought he could catch NATO off guard, but said his actions in Ukraine only tightened the alliance .

“NATO has never, never been more united than it is today. Putin is getting exactly the opposite what he intended to have as a consequence of going into Ukraine,” he said.