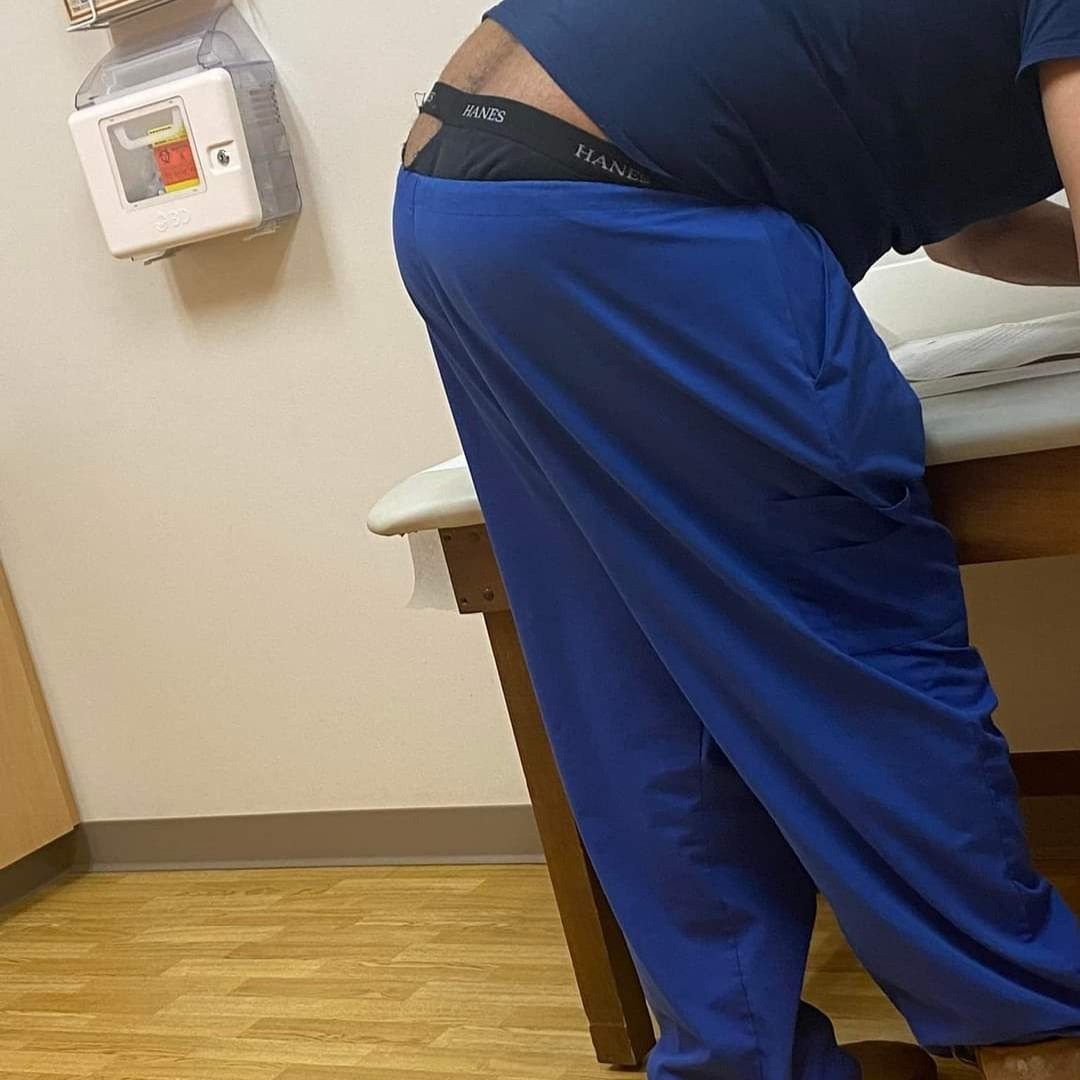 A new mum risks being banned from a clinic after she took to Facebook to share an unflattering photo of the doctor attending to her child.

While the doctor was bent over, checking the woman’s newborn baby, his work clothes rode up a bit, exposing his torn briefs.

The new mum took a photo and posted on Facebook, writing: “I’m changing my baby doctor. This is a mess.”

The woman has now returned to say that the clinic is threatening to ban her for the photo. She defended herself, saying she didn’t post the doctor’s face and the doctor was the one who gave himself up.

While some are on the woman’s side, others are siding with the clinic.

Actor, Mr Ibu’s wife hailed for catering to him on his sick bed (video)

US would respond if Russia uses chemical weapons